‘Guardians of the Galaxy Vol. 2’ launches summer blockbuster season to an adventure-filled, yet thoughtful start 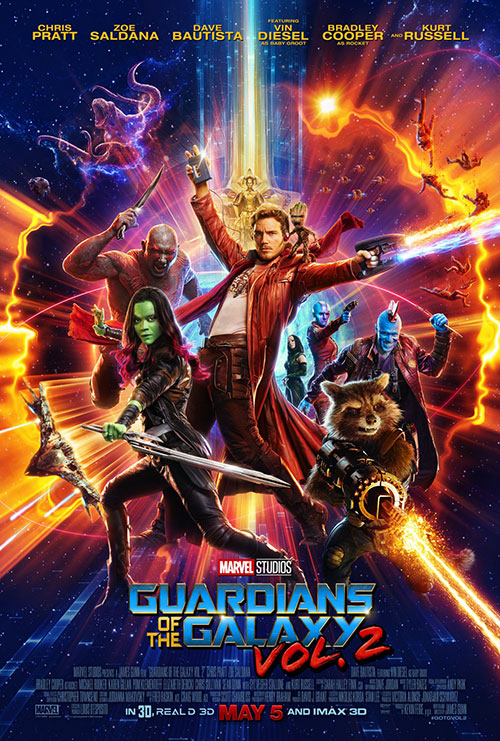 The drama of winter has traded places with the action of summer, marking the start of a movie season drenched in superheros and comic book adaptations.
Guardians of the Galaxy Vol. 2, out May 5, is the explosion of color and humor that has come to define Marvel as the fun counterpart to recent DC films rooted in doom and gloom.
But there are moments of surprising depth and emotion that root the movie not in the punchy graphics of space travel but in the complexity of human nature that is both the downfall and redemption of the characters.
In the first movie, Star Lord’s, or Peter Quill’s, father was a mystery, not just in identity but origin. Is Quill half-alien? Why did his father never reveal himself and leave his son to be raised as a thief? These questions lead the film’s story as Star Lord comes face to face with his true beginnings and the Guardians of the Galaxy ponder the meaning of family.
Interspersed throughout the film’s heavier moments is the pure fun and laugh-out-loud humor that made the first Guardians so enjoyable, with each character having their moment to shine and shock the audience.
My personal favorite bit of the movie is Baby Groot, who is the formerly fully grown Groot as a child who the Guardians looks after. Many “awws” were emitted, and hearts clutched whenever Groot inevitably stole the scene as a the innocent but ferocious baby of the Guardians.
Guardians of the Galaxy Vol. 2 surprises as a sequel, which often carries the burden of not being as good as the original, by bringing the same fast paced adventure that balances emotional moments with explosive action that never fails to excite.