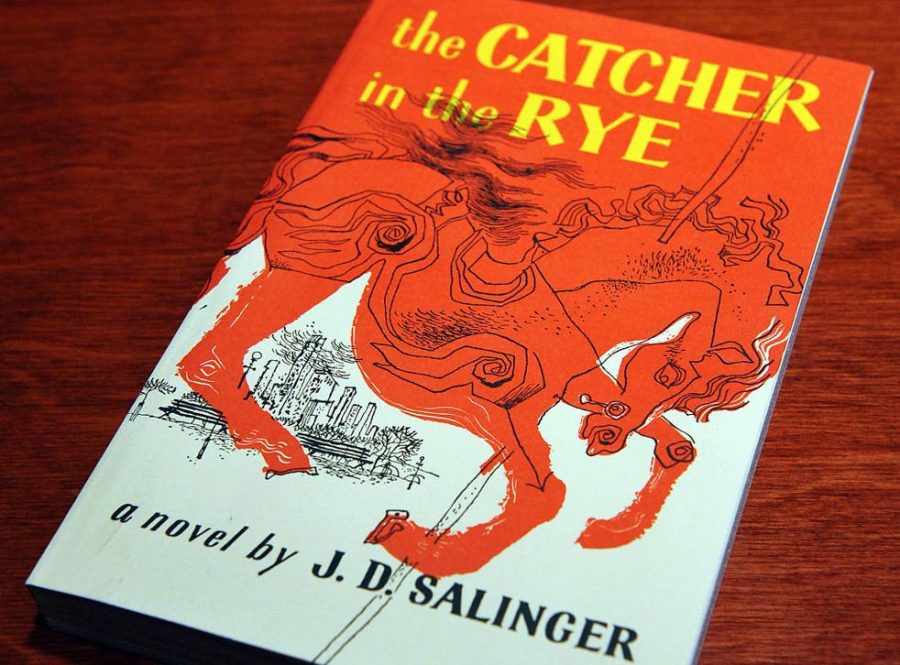 The Catcher in the Rye by J.B. Balinger is an assigned reading book for students.

While thought of as a “classic,” Catcher in the Rye by J.D. Salinger is the most unfortunate school-required book that students have to read. Having been originally published in 1951, it seems to have grown ‘outdated’.

Catcher in the Rye, though reflecting the time it was written in, is extremely and unnecessarily vulgar and sexual. In fact, because of this, it’s been banned in many schools and classrooms. And it should be. While reading other books you can normally find one thing good about them. With Catcher in the Rye- there’s almost nothing. Although, it’s entirely possible that this book was written to be horrible.

The classic is considered a coming of age story. Despite that, it doesn’t have many turning points, and shows little to no character development. Instead, the main character, Holden Caulfield, is consistently negative and struggles in turmoil throughout the entire book. We watch as a traditional antihero criticizes everyone around him while painfully lacking the self-awareness to recognize his own flaws.

It could be argued that the lack of development  and plot is due to the transitional stage Holden could be experiencing in his life; a period of time between adolescence and adulthood, but it seems more like poor writing of teen angst. Almost half of this book is filler, and extremely unentertaining. Holden’s overconfident opinions on the world around him reads as incredibly immature, and upon interacting with anyone around him that isn’t exactly like him, he labels them as a “phony.” It quickly becomes tiring to read Caulfield’s overly crude and cynical thoughts.

Even so, the jaded and reckless 16-year-old-boy may appeal to the teenage audience. He considers himself to be mature and better than everyone else, while his thinking reflects that of a child wasting it’s life away. Holden’s view on society is not as deep as he thinks it is. Rather, it’s about as complex as a fairy tale.

The only thing that this book has going for it is the fact that the meaning seems to change dramatically as you reread it during different stages of your life. Based on the raging reviews, there seem to be many older people who used to see this book as the holy grail, yet despise it now as they get older.

Though,  some people continued to like the unapologetic and unlikable character. Depending on the person, his unfiltered thoughts can be seen as genuine and raw, accompanied by his awful choices that ultimately would lead to him ruining his own life. Yet, these decisions may be forgiven, as Holden seems to be going through a trauma-related rebellious stage.

There seems to be no in between on whether you find this book insufferable or relatable. However, it’s ensured that Catcher in the Rye is so inappropriate that it shouldn’t be a required read in classrooms.  The best solution is letting teachers replace it with another, more sensible book.