A Timeline of Ukraine and Russia’s History 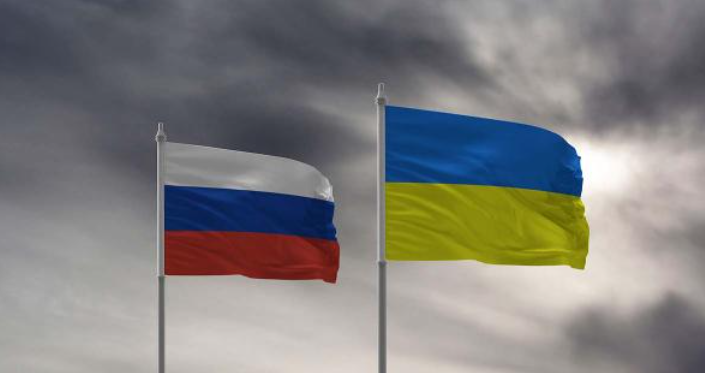 Russia and Ukraine’s flags stand side by side during Ukraine’s invasion. The forceful entrance by Russia began on Feb. 24 and on the first day, 137 people were reportedly killed. As of today, 5.3 million refugees have fled Ukraine and 2,700 civilians have been killed.

Under the guidance of President Vladimir Putin, Russia decided to invade its neighbor to the south, Ukraine, on Feb. 24, 2022. The current invasion is the start to yet another chapter filled with violence and fear for Ukraine. However, this new chapter is preceded by others that have been written over the course of eight years. In order to fully comprehend Ukraine and Russia’s current war status, it is essential to understand these previous chapters that serve as a prologue as to why Putin released the tanks and grenades once again.

The Soviet Union’s Beginning and Collapse: Prior to the Soviet Union’s existence and eventual collapse, Ukraine was considered a Russian Empire territory. It had initially been acquired during the 1700s under the rule of Catherine the Great. Over 200 years later, the Soviet Union was formed in 1922 in agreement with four other nations, one of them being Ukraine. This new state would be governed under a communist form of government by Vladimir Lenin, a Marxist revolutionary. After 69 years as a state, the Soviet Union collapsed with the introduction of proposals by progressive leaders that paved a road towards democratization and fully abandoned the principles of communism. Once the Soviet Union collapsed in 1991, Ukraine declared its independence and all Soviet arsenal that was present in Ukraine was relocated to Russia. However, Ukraine’s milestone as an independent nation didn’t end its history with Russia. In fact, Ukraine’s autonomy is only the beginning of a story filled with tension and violence with its neighbor.

Vladimir Putin’s Presidential Win: In the final days of 1999, Russian President Boris Yeltsin resigned from office after an eight year rule due to an economic crisis he was unable to handle. He then appointed Security Chief Vladimir Putin as his successor and supported Putin’s eventual run for presidency in the year 2000. Putin won the Russian Presidential Election with 53.4% of the popular vote against Gennadi A. Zyuganov, a political figure known for his communist ideals. Ever since his first presidential win, Putin has won all other elections every four years, the last one being in 2018 where he obtained 77% of the popular vote.

Putin’s Presidential Goals: During his first presidential campaign, Putin’s “main goal” was to solve the economic crisis that was afflicting Russia at the time. However, his original and true goal has always been to reunite the Soviet Union to its original composition. This assertion is strengthened by officials with previous experience handling foreign conflicts with Russia. One of them is former U.S. National Security Adviser, H.R. McCaster, who said in an interview with CBS that Putin is “…driven by an obsession with restoring Russia to national greatness. And his plan to do that is not to make Russia great, it’s really to drag everybody else down.” Former members of NATO, such as Ambassador Ivo Daalder, believe Putin’s intentions dive deeper than just reuniting the Soviet Union. Daaler stated in an interview that he believes that Putin would like to isolate soon-to-be powerful democracies, such as Ukraine itself:  “What motivates Putin is a concern about the independence of Ukraine  — a worry that a functioning, successful, prosperous democracy in Ukraine poses a direct threat to his rule, because it will give people in Russia the idea that they, too, could enjoy what Ukraine enjoys, and rise up against his autocratic rule.” Even though Putin hasn’t outright expressed these intentions to the public eye, he does believe that Ukraine “is not just a neighboring country for us [Russia]. It is an inalienable part of our own history, culture and spiritual space.” In other words, Putin believes that the previous ties that once bound Russia and Ukraine as nations are impermeable and are enough to justify the Soviet Union’s reconstruction. However, his actions don’t merely speak or justify this. His current and intended actions speak for a forceful military conflict power grab filled with violence and fear, not the preservation of history and culture.

Putin invades Ukraine in 2014: The first time Russia invaded Ukraine was in Feb. of 2014. Putin justified the invasion by claiming that it was for the “protection” of Russian citizens who disliked the pro-Western government and lived close to the border between both countries in the Donbas region. However, Putin intended much more than just “protecting” Russian citizens. It was during this invasion that Russian troops forcefully annexed part of Ukraine’s territory, the Crimean Peninsula. Even though the annexation isn’t recognized by the international community, Russia still controls the territory to this day. It was shortly after the annexation of the peninsula that a proxy war between the Russian-backed separatist forces and the Ukrainian government began. In order to appease the conflict, a deal between both nations was arranged in 2015 and managed to end the major battles of the time. However, despite the creation of this deal, fighting continued on the border and more than 14,000 soldiers died. In Feb. of 2022, three days before Putin’s latest invasion, he unilaterally declared the independence of the two breakways regions in Donbas and named them the “People’s Republics” of Donetsk and Luhansk. It’s clear that the annexation of the Crimean Peninsula and the creation of these two republics were just the beginning of Putin’s plans to reunite the Soviet Union, making the current invasion the next chapter of his master plan.

Volodymyr Zelenskyy’s Presidential Win: Prior to becoming Ukraine’s president, Zelenskyy was a comedian and actor. He initially gained fame and recognition in the political satire series, “Servant of the People”. The show follows the life of Vasyl Petrovych (played by Zelenskyy), a high school teacher who publicly denounces corruption in the federal government and through his advocacy, accidentally becomes president of Ukraine. The show had quite a significant following in the country due to its accurate depiction of politics in the nation and its showcase of wanted ideals in government. With the show’s popularity and the people’s support, Zelenskyy became involved in politics for the first time and ran for president in 2019. Even though he was a novice in politics, he shared the same concerns as many citizens, which allowed him to win the ballot with 73% of the popular vote. As a novice, many politicians and pro-Russian supporters claimed Zelenskyy was too “inexperienced” to efficiently run the country. However, he proved otherwise in Feb. by staying in the country during the invasion, as opposed to accepting a previously offered military helicopter by the U.S. to flee Ukraine. During this time, he also managed to gain national support for Ukraine, enacted motions to join NATO and asked for arsenal support from global superpowers.

Russia’s Invasion of Ukraine in 2022: On Feb. 24, Russia’s current invasion of Ukraine began when a series of missiles and long-range artillery attacks were made across central and eastern Ukraine. Ukrainian forces battled Russian invaders on three sides, making it the biggest attack on an European state since World War II. That same day, Zelesnkyy ordered a general mobilization to be carried within 90 days. The next day, blasts by ballistic missiles were fired in Ukraine’s capital, Kyiv, with at least 70 people reportedly killed. In Kyiv’s invasion, Chernobyl and the Antonov International Airport (AIA) were captured. By the end of those two days, the United Nations refugee agency reported that 10,000 Ukrainians had fled their homes and crossed into neighboring countries such as Romania, Moldova, Poland and Hungary. In order to defend Ukraine, Zelenskyy asked members of NATO to supply military arsenal and monetary funding. His petitions were heard by the US, which donated $2 billion worth of arsenal, including 800 Stinger anti-craft systems, 100 Tactical Unmanned Aerial Systems and over 20 million rounds of small arms ammunition. France is also helping Ukraine by sending Caesar howitzers, Milan anti-tank missiles and bomb shells, among other resources. Germany also pledged to help Ukraine by sending more military support, which is set to arrive “soon”. Meanwhile, Ukraine’s neighboring countries have received over 2 million refugees as of now. Over two months have passed since Russia’s first attacks were fired upon Ukraine and since then, 5.3 million refugees have fled the nation, 7.7 million have been displaced and at least 2,700 civilians have been killed.