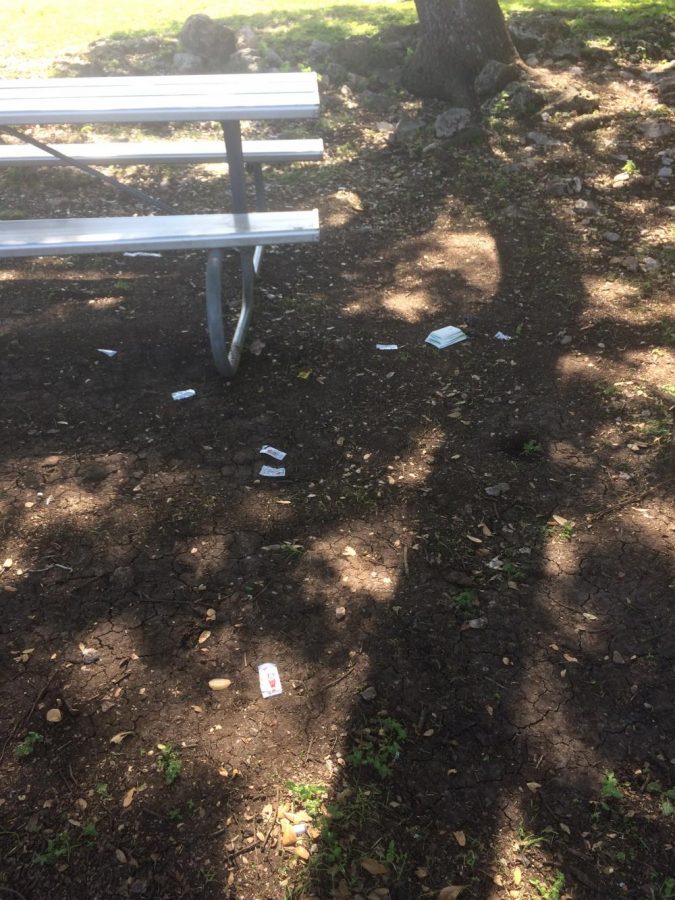 Trash littered around the courts.

Styrofoam trays, empty juice cartons, plastic utensils. These items and many more can be found around the tennis courts and the basketball court next to it. While trash has always been there, it was nowhere near the level it is this year.

Before school and during lunch, some students go out to the courts to eat. There are only two trash cans out there which overflow often, making it difficult to keep the trash in the cans. In addition, the trash cans don’t have lids, so the trash often gets blown out by the wind.

Another issue is that the school is understaffed when it come to custodians, particularly during the night shift. This makes it hard for the custodians to clean up all the trash.

Fortunately, the school will soon get trash cans with lids out by the courts. While this will help clear some of the trash, students still need to do their part to keep the campus clean.