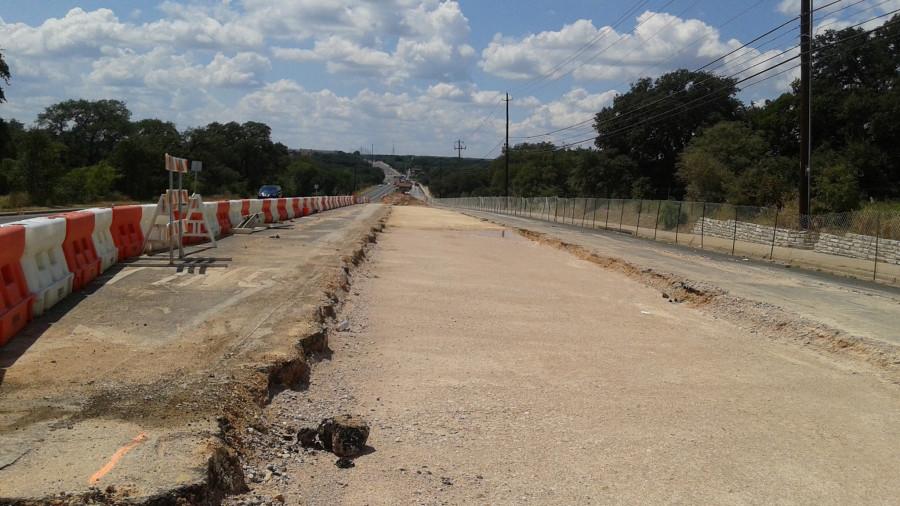 While doing construction on McNeil Road, construction workers found caves, which delayed the finish of the project.

Since the beginning of the school year, all of us have noticed a change in everyday traffic, on the way to and from school. However you get to school, you’ve experienced the total traffic mess because of the construction in front of McNeil. While we appreciate parents carpooling and student drivers, as well as bus riders, being patient, the extended traffic disaster is unreasonable.

The construction project, which has crews putting in three miles of pipes for water in the northwest area of Austin, was set to end on Sept. 1. Despite geological surveying before the project began, the city of Austin was unable to discover the amount of caves under road.

So, we wonder: how did the city miss several caves? While the city claims to not be surprised by the caves, they did not further push for more surveying, Austin simply pushed forward with the project. By going forward with the project construction, workers ran into problems, five caves, one of them 20 feet long and 4 feet deep. The McNeil area, and Central Texas in general, is known for having caves, the city officials should have known or, at least, more highly considered the possibility of encountering caves.

At McNeil, there are two caves in the courtyard, and in 2002 there was a cave discovered under the orchestra room. When the orchestra room was being built, as the third pile was dug up a cave was uncovered. The three caves are known as the Hidden Forest Cave, Millipede Cave and Millipede Cave Annex, in two of the caves there is an endangered spider species, the Texella Reyesi, which has toxic venom. Obviously there are caves in the McNeil area.

“We can’t always know what’s under the ground, and they have to do an environmental assessment to see if there is endangered species. Now that is completed they can more forward,” said Public Works spokesperson Courtney Black.

With the environmental assessment completed and crews continuing, the project is set to be finished in November. While the project is no longer at a standstill, it is two months behind, all because of issues that could have been further investigated prior to beginning construction.

The city of Austin did provide temporary lane assignments and law enforcement to help with traffic before and after school, as well as construction workers guiding traffic on the McNeil property. They help with the flow of traffic, hoping to balance the cars and buses, but there are still two to three late buses every single day.

If only Austin could have realized about the caves underground way earlier, we wouldn’t be stuck in excessive traffic jams, construction workers could be doing their jobs as constructors and police officers could be catching criminals. The point is we believe the city of Austin really should have known there was a cave underground, based on the caves at McNeil High School and recent discoveries of caves, such as on FM 620.