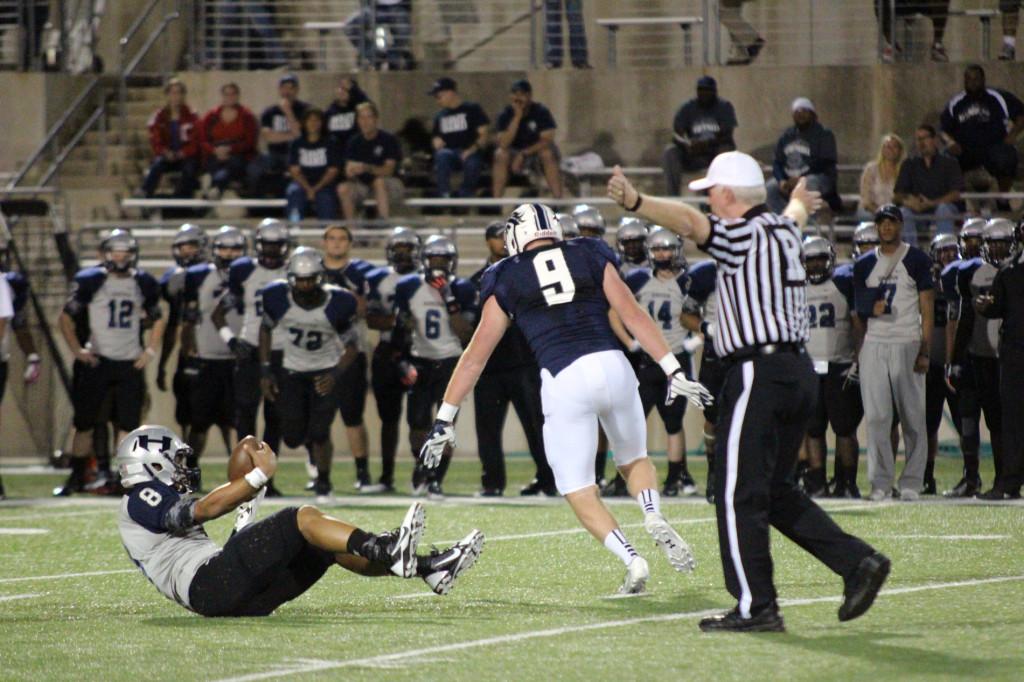 In a game that was tighter than a lot of people expected, the Mavericks lost to the Hendrickson Hawks Friday night. The 21-7 loss puts the Mavs’ record at 2-7.

It was a cold, chilly night on Friday as the Mavericks took on the undefeated Hawks in their last home game of the season.

The game started in a surprising fashion as the first quarter ended with neither team scoring any points. Hendrickson broke that tie in the second quarter, scoring two touchdowns and going into halftime up 14-0.

After the half, the stands emptied, and things looked like a wrap for the Mavericks. That is until a 24-yard pass from Colton Russell to Jaelin Wilder put energy back in the game and put the score to 14-7.

Things were close and possessions went back and forth until a monster 96-yard touchdown with 7:15 left in the game sealed the victory for the Hawks.

The Mavericks face Cedar Ridge on Thursday in the last game of the season at 7 p.m. at the Kelly Reeves Athletic Complex.