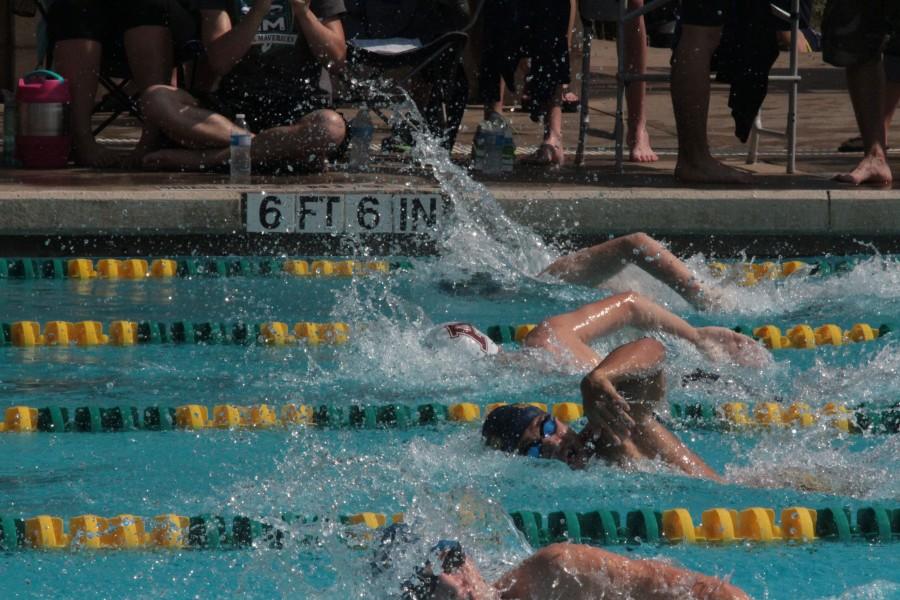 After a long season, the hard work of the Mav swim team paid off with multiple swimmers advancing to the state competition.

The swim team continued to represent the Mavs well at the region swim meet on Feb. 6-7 with two events advancing to the state swim meet.

“Being in the middle of so many amazing swimmers and divers, as well as fantastic performances, was an awesome yet draining experience,” coach Johnny Foss said. “ We had some amazing displays of competitive greatness and a lot of chances at advancing to state.”

The names and events of the swimmers who advanced from Friday to the B Finals on Saturday are listed below.

The following swimmers advanced to the A final on Saturday and therefore had a chance to make state:

Along with all of these efforts, senior Ross Sullivan advanced to state in the 100 freestyle event and the Boys 400 freestyle relay (Ross Sullivan, Nick Shomper, Josh Sullivan, Josh Harris) also made it to the next level, which will be held at the UT swim center on Feb.  20-21.

“We are very proud of all of our Maverick competitors,” Foss said. “McNeil once again helped establish our region as the fastest region in the state of Texas by far.”