As part of the Austin Symphony’s music in schools program, seniors and students in fine arts classes were treated to a performance Feb. 4 at the Raymond E. Hartfield Performing Arts Center during first period. In addition, select orchestra and band students performed with the symphony.

‘’It is pretty surreal to play with Austin Symphony,’’ senior Laura Lee said. ‘’Their precision and unison is unlike anything I’ve ever seen. I felt like I was able to play the piece as the composer originally intended to be played; it was incredible.’’

A few compositions were performed from famous composers such as Beethoven, Tchaikovsky, William Grant Still and Lili Boulanger.

Junior Joseph Vieira’s piece was not as challenging since the contrabass player was already familiar with Tchaikovsky’s Marche Slave.

“It was amazing playing with a professional orchestra,’’ Viera said. ‘’Although we were only a five-person section, we sounded better than any eight-person section I have ever been a part of.’’

The Austin Symphony works with the RRISD Fine Arts Department to schedule and organize the visit to Round Rock ISD.

“Rehearsing was challenging because it was really fast,’’ Yan said. ‘’Performing with professionals is very different than students. I learned a lot.’’ 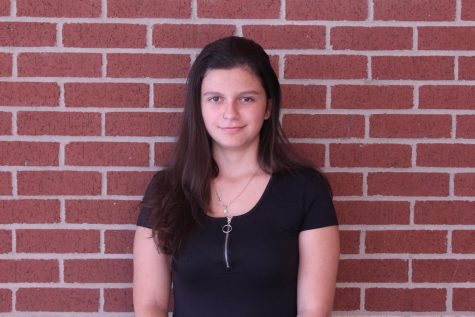 Victoria Maia junior, looking forward to opening my horizons embracing my communication skills in Journalism. I consider myself a humanities person and...