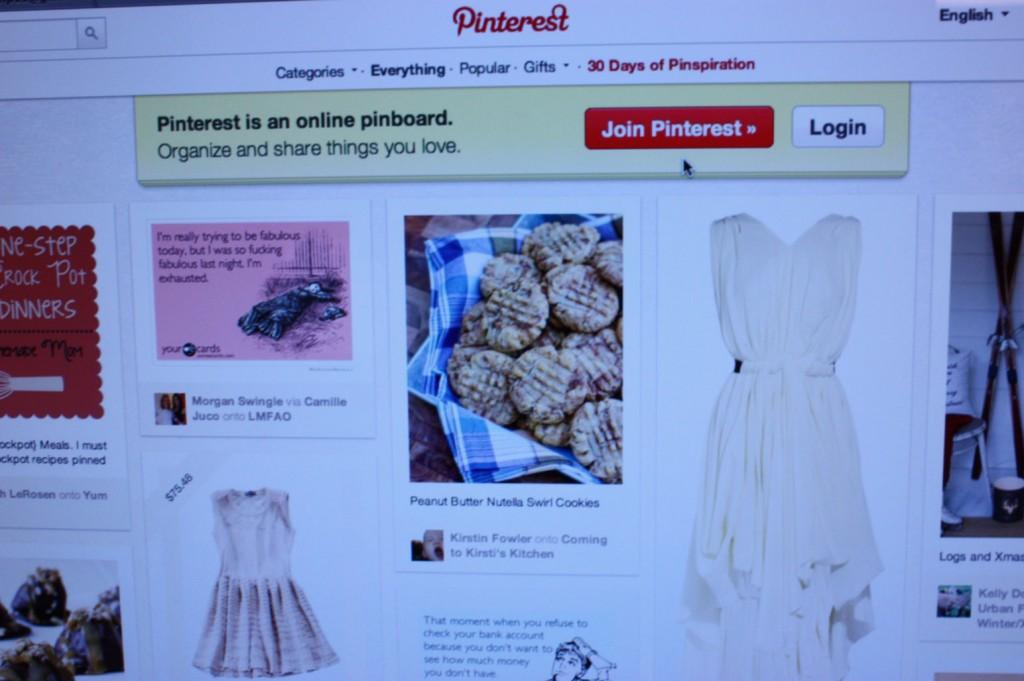 Tumblr and Pinterest are social networking sites based on sharing ideas and stories through photos, and they get millions of visits each week and thousands of new users every day. But what makes them so interesting?

Both sites are similar when defined plainly, but each has different features that make one preferable over another for certain matters.

Pinterest is a female-dominated, goal oriented, positive Website that is used mostly for planning events and sharing ideas such as crafts and recipes, with a few humorous posts sprinkled throughout. Tumblr has a much broader target audience, is less organized, more personalized, and allows its users to be more creative and social.

Pinterest is every OCD person’s dream; it makes organizing things really easy and since it’s all online, it’s a lot easier to manage everything. You can search different categories for pins and if you find one you like, you can pin it on one of your boards. Most people organize their boards by subject, and have boards with pictures of clothes they like, funny pictures, or dream vacation destinations, for example.

If you take a really nice picture or create a how-to tutorial that you want to share, you can upload your own pins and watch them get re-pinned by others. If there is a cool article or outfit on a Website sometimes they will have little “pin it” buttons next to them and you can pin it to one of your boards and then click on the pin later and it will bring you back to the Website.

If there’s a downside, it’s probably that there’s not really a way to communicate with fellow Pinterest users aside from commenting on their pins. You can follow them on Pinterest and send pins to them, but there’s no way to send messages.

Tumblr is the laidback, artistic cousin to Pinterest, and is used more for entertainment than anything else. You can create your blog however you like and customize it to your preference.

If someone posts something you like, you can reblog it and it will show up among your other posts as something that someone else posted. It’s much more personal because it’s not just pictures and videos, but also written posts and stories. And you can send messages to anyone or click “ask me anything” and ask someone a question.

Users are sometimes part of fandoms, and the experience becomes much more interactive because you find people that like the same things as you.

A downside for Tumblr might be the fact that when you search for something, the page constantly loads more posts and is seemingly never ending, so you might log on “just for five minutes” and end up logging off three hours later.

Both sites have their pros and cons, but in the end are both quite addicting and fun to use.