‘Insurgent’ : A New Era is Born 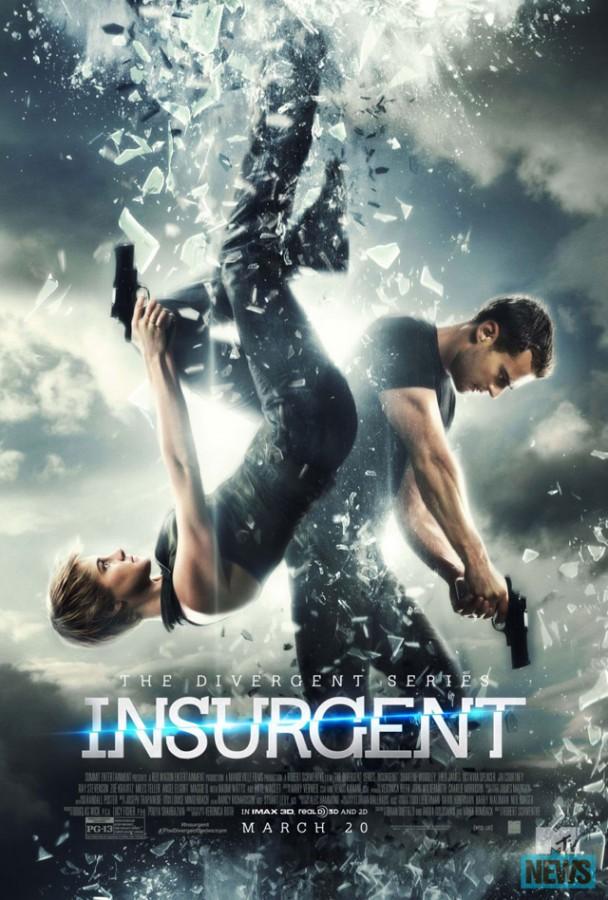 The next movie installment of Veronica Roth’s Divergent series, Insurgent made its debut in movie theaters on March 20. Compared to its predecessor, Divergent, the movie Insurgent did not receive as much buzz or popularity on its opening day. In fact, when I went to go watch the movie, I found about eight people besides myself in the theater room.

Insurgent continues the story of Tris Prior, a young teenager faced with tremendous responsibility and fear due to the fact that she is an unwanted Divergent. A Divergent is someone who possesses qualities and characteristics of more than one faction.

In Tris’s society, people are divided into one of five factions. These five factions are Abnegation, Dauntless, Erudite, Amity, and Candor. The purpose of these factions is to ensure peace and balance within the society, but in reality the faction system is being used by high officials in order to control people. Divergents, because of their multiple factions, cannot be controlled by the high officials, so they view them as a threat and resolve to track and kill all the Divergents. Little do they know that Divergents possess an entirely different purpose for society.

While watching Insurgent, the setting and graphics left me in awe. Not only that, I found that the actors gave wonderful performances. I thought Shailene Woodley’s portrayal of Tris Prior to be quite amazing. Woodley did a fantastic job portraying the emotions of a stressed teenager going through a dangerous and frightening experience. Despite these impressive features, I feel like the movie would have been better if the plot was developed more carefully.

As recommended by readers of the Divergent series, it is best to not expect that everything will go accordingly in the movie as it is in the books. Therefore, try to watch the movie without comparing it to the books.Overall, I think this movie is worth watching if you enjoy action and a little romance.