‘Avengers: Age of Ultron’ a Mix of Action, Comedy & Romance 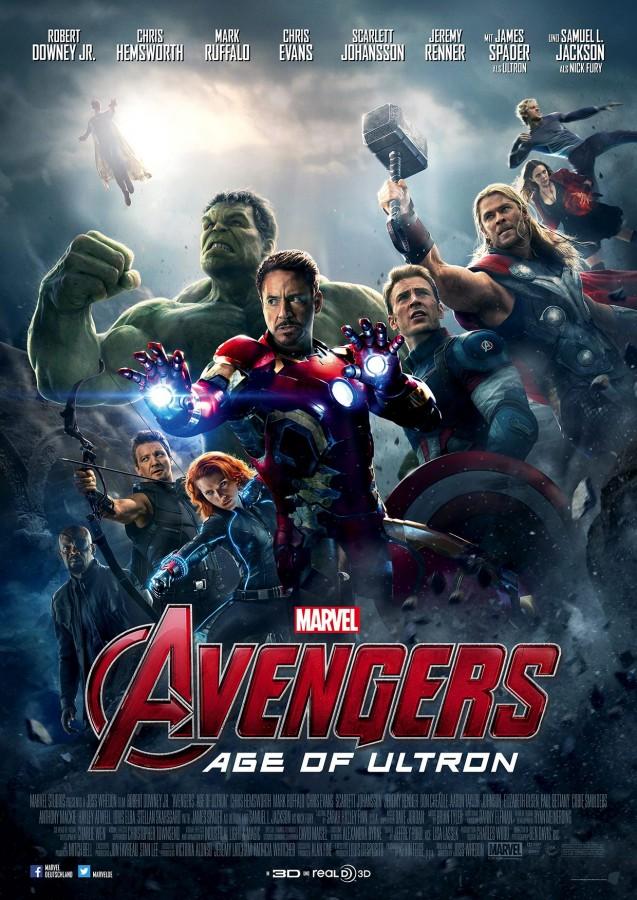 Avengers: Age of Ultron was released on May 1st.

Marvel debuted its second installment of the Avengers series, Avengers: Age of Ultron, on May 1, receiving popular ratings and reviews.

Avengers: Age of Ultron continues the story of six heroes — Captain American, Iron Man, Thor, Black Widow, Hawkeye, and the Hulk — and their mission to save the world from evil threats. In the movie, Tony Stark and Bruce Banner, also known as Iron Man and the Hulk, created a program that was designed to preserve peace and stability to the world. They called this program Ultron. However, their expectations were not fulfilled when Ultron decided to turn against them and sought to achieve the complete opposite of peace: destruction. As a result, the six Avengers raced to stop Ultron and his army.

The movie had a nice combination of action, comedy, and a bit of romance. I thought the graphics and action were amazing and just as expected from a Marvel-superhero movie. The subtle comedic moments and interactions were enjoyable as well. Despite these lighthearted moments, there are also sad and dramatic ones. Such scenes reveal hard emotion of the characters and what they have gone and currently going through. The movie did a perfect job of portraying just how human the Avengers are by how they interact and how they feel.

For anyone who is a huge fan of action or superhero movies, Avengers: Age of Ultron is a perfect movie to go see. The movie is a definite must-see for Marvel fans.