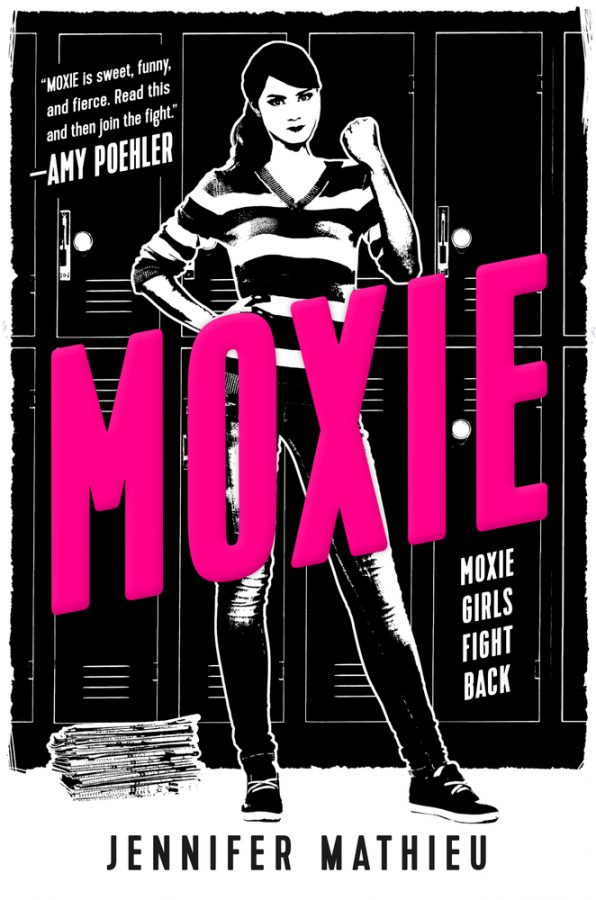 When injustice and discrimination and harassment exist in the daily lives of girls and women because of their gender, they become catalysts that inspire and anger and motivate.

The girls of Moxie, written by Jennifer Mathieu, live this reality in small-town Texas where men are excused for everything and girls are condemned for anything. Small-towns are settings common in pop culture for cultivating a rampantly white, privileged, patriarchal and purely “American” environment.

And that is the world Viv lives in.

She becomes fed up with the normalized behaviors of the boys and men around her. In the halls of her high school, a boy can harass girls and wear vulgar T-shirts, but a girl cannot speak or act out in defense for herself or others.

So Viv creates a zine called Moxie, just like those popular during the Riot Grrrls movement, to call out and unite girls against sexism and inequality.

The daughter of a former feminist punk rebel, Viv was once the polar opposite; she followed the rules, didn’t cause trouble, and definitely had not partaken in a revolutionary feminist movement.

The zine isn’t an instant success and takes a few issues to gain the nervous attention of girls who have quietly harbored anger about the gender inequality. Eventually Moxie turns into a full-out movement that branches off and becomes a growing network of girls celebrating their power to speak out and help one another in matters of injustice.

For Viv, her authorship of Moxie is a secret, to protect her identity from the overzealous school staff and cautiously maintain her role as a “good girl.”

But as she begins to understand and learn the complexities of the girls around her and what it means to be a feminist in a majority white, straight, middle-class environment, she juggles the highs and lows of her first-ever romantic relationship with a boy who supports her, but has never undergone the experience of gender discrimination.

The addition of Seth as a love interest is nothing special, but where he moved from, Austin, offers a depth to the contrast between the mindsets of small-town and city dwellers.

The feminist clubs, live concerts, reasonable dress codes, and school funding not dependent on male-dominated fields of the city provide a stark contrast with the harsh dress code checks meant to shame, the taboo nature of the word “feminist,” and entertainment found in driving by the local Sonic that make up the daily lives of those in East Rockport.

As a reader who lives in Austin, I learned much from the small-town-in-Texas perspective, where girls live in fear of speaking up and exploring what it means to be different. It increased my appreciation for living in a place where girls can proudly claim their role as feminists and embrace their uniqueness.

Moxie serves as the right combination of relatable and completely new. Any girl or boy who reads Moxie won’t be able to deny the truth: girls will always stand up and fight against those who seek to bring them down.