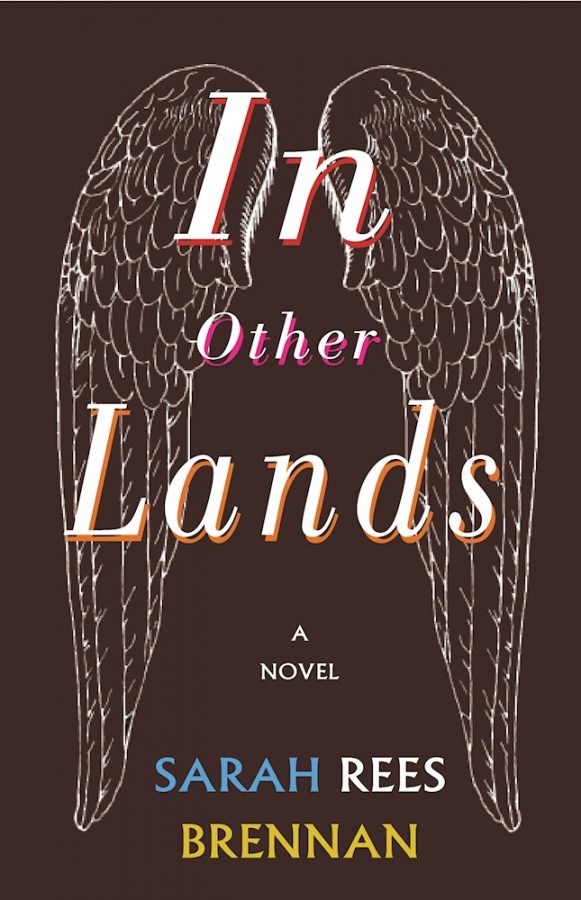 Finding a new favorite book does not happen often.

The magic of discovering a favorite would fade fast if every book landed on the list. After all, a standout book presents a powerful, startlingly unique story that transforms a classic genre into something completely different.

In Other Lands by Sarah Rees Brennan is the total package.

Sarcastic, too-relatable jokes? Check. All the tropes of a high fantasy novel turned on their heads and then given a gender bending spin for fun? Definitely Check. Major topics like racism, sexism and fluid sexuality boldly threaded throughout themes of coming-of-age and acceptance? All the checks.

Following 13-year-old Elliot and his two best friends across a four year period, (basically cramming an entire fantasy series into one decently sized novel) In Other Lands begins when Elliot is taken to a magical world, the Borderlands, where teenagers are trained as council members and soldiers in charge of maintaining tentative peace between the different creatures who live along the border between their world and ours.

Plots like these become well-worn overtime, with countless fantasy novels using the simple structure as a base to diverge wildly (or subtly) into new lands. By introducing traits such as broad time jumps, gender-bending worldbuilding, and sharp humor, Brennan doesn’t shy away from completely breaking and rebuilding overused plot lines until they become entirely new and exciting again.

But it’s the characters and their relationships that steal the show.

The core cast involves the outspoken, booksmart Elliot, the elven warrior Serene he automatically falls in heroic love with, and golden boy Luke who Elliot begrudgingly becomes friends with and maybe something more.

Each character fills out a certain trope (The Hero, The Sidekick, The Pretty One), yet Brennan masterfully creates rich, surprising, hilarious, charming characters who turn their roles inside out as they evolve as individuals and a group during their school training.

The best part of Brennan’s bringing the reader into the journey of the characters as they go from barely-a-teen to practically-an-adult is how delightful and heartbreaking each character arc feels, because of Brennan’s masterful development of not just Elliot, Serene, and Luke but all those around them as In Other Lands tackles the messy parts of growing up and figuring out how to belong in the world.

With only four chapters for each year, each with its own insightful illustration at the beginning depicting the trio’s subtle changes, In Other Lands is the perfect read for those wanting to be surprised and reeled in by an expert story that holds itself to no boundaries.