‘House at the End of the Street’ Movie Review 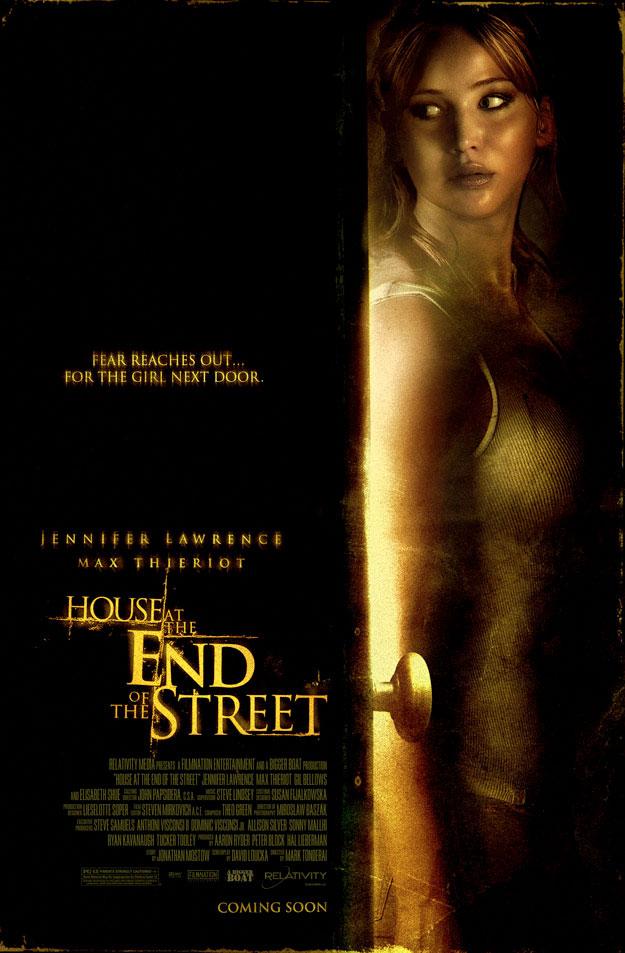 ‘House at the End of the Street:’  A Scary Good Movie

The House at the End of the Street starts out like any cliche’ horror story would: a mother and daughter with a dysfunctional relationship move into a new house to start their lives over, only to realize that their quiet suburban neighborhood is actually possessed.

Elissa Cassidy (Jennifer Lawrence) is a standoffish, independant teenager who keeps to herself, and makes it clear to the boys who pursue her that she’s not interested. The similarities between her character in this movie and her lead role as Katniss in The Hunger Games make it feel like she’s never really learned to play another character, and the viewer spends the first half of the movie expecting her to suddenly pull out a bow and arrow or volunteer as tribute for something.

Shortly after moving in, Elissa meets the quiet boy next door, Ryan (Max Thieriot) and learns that his younger sister killed their parents in the house he’s currently living in and was never seen again. Despite the rumors and blatant shunning that he receives, Elissa decides to give her sad, misunderstood neighbor a chance, and quickly discovers that he has dark secrets much worse than what anyone had imagined.

The beginning , which is usually the slowest part of scary movies, did well in maintaining a balance between establishing a plot and character details, while intertwining several suspenseful parts. If one thing made this movie scary, it was how many times something unexpectedly popped out of nowhere. It eventually gets to the point where it’s totally expected, but never gets any less frightening.

The movie uses  less supernatural elements than the trailer suggests, making the story seem less far-fetched and more like something you might see in the news. That said, as in every scary movie, there are many parts that are frustratingly unrealistic and impractical, and you find yourself wondering why no one had ever figured this out before, why there seems to be only one cop in the entire town, and why everyone seems to think it’s a good idea to walk around in the woods alone at night.

What changed the movie from predictable to exciting was the major plot twist halfway through, similar to that of The Others, that keeps the audience on the edge of their seat. Between the unexpected ending and the many throw your popcorn moments, the movie will keep you entertained and scared throughout, but not enough to keep the die-hard scary movie fans from sleeping well. There is very little blood and none of the death scenes are very graphic, and the violence in general is kept to a minimum. This movie is not a classic by any means, but I would definitely recommend it for a sleepover or Halloween.

‘House at the End of the Street’ Movie Review