‘Gatsby’ Turns Out to be Great 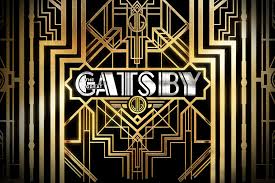 There has been a lot of buzz lately about the newest remake of The Great Gatsby, and whether it does the original story justice. I have to say, this movie definitely exceeded my expectations, from start to finish it was well thought out and entertaining.

My biggest concern was that they would change the plot too much in an effort to make it “cooler;” after all it is by Baz Luhrmann, the same director who remade Romeo and Juliet with car chases and gunfights. I was pleasantly surprised to find that the movie followed the book incredibly well, all of the important parts remained the same and there were a ton of exact quotes from the book. The movie is almost two and a half hours because almost all of the scenes from the book are included in it, but it seems like most people prefer that than having important scenes cut.

One of the most common complaints I heard about the movie was that the soundtrack does not match the time period, a lot of people didn’t like the fact that many of the songs used are very current and not 1920s sounding at all. However, the songs back then were very light and upbeat, and the dance tracks in the movie made the party scenes much more relatable to an audience in 2013. Had they not chosen to switch up the music, the glamor and fast-paced excitement of the character’s lives would have been lost in the time difference.

That said, the director did a fantastic job in blending the two eras through the music; there was never a moment where the parties and social events looked like they could have been in the 21st Century. The pounding lyrics of Jay-Z would gradually turn into the wail of a trumpet, the autotuned sound of will.i.am was played while the party guests did the foxtrot; there was always an element of the ‘20s present while the fast-paced music kept the attention of the audience.

Not only that, the cinematography was above and beyond. The lighting, the color schemes, the slow motion scenes, they all contributed in making everything surreal and flawless, the way the book makes it out to be.

To be honest, I thought it might drag a little during some of the scenes that are only there to provide background and details to the story, but somehow they managed to cram in every needed detail in an entertaining way that didn’t require half of the movie.

The acting was great, Leonardo DiCaprio stood out especially in his suave portrayal of Gatsby.

This is a great movie for summer, and an absolute must see for anyone who has read the book.

‘Gatsby’ Turns Out to be Great