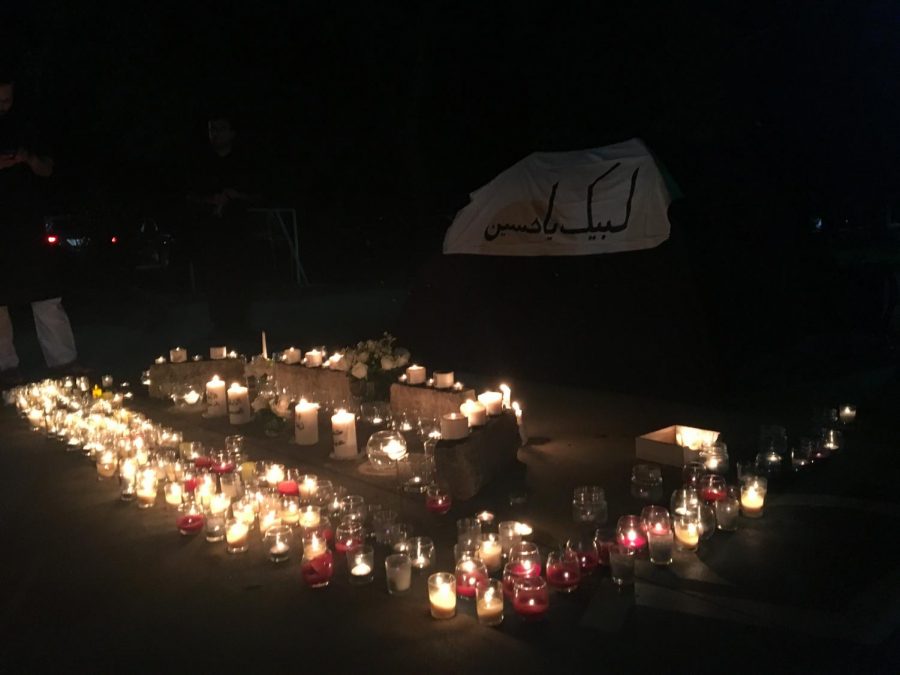 The vigil display was full of candles placed by the children at the end of the program.

“Tonight we are gathered here to commemorate the great tragedy of Karbala,” the emcee for the night reminded and informed the audience just after sundown on the night of the 10th of Muharram in the Islamic calendar.

The McNeil sophomore then went on to ask the younger children in the audience if anyone could name some people who were present that night, and, as expected, “Imam Hussain,” was a recurring answer among the children. Ashura, the day for which everyone had gathered, is a commemoration of the martyrdom of Imam Hussain, the grandson of Prophet Muhammad, and is observed every year by Shia Muslims all over the world.

“Ashura is a night in history where very important people from the Ahlul Bayt [family of the Prophet] died,” junior Fatima Barati said. “So right now, like today, present day, commemorating this day is a way for mourning for them and just to show that we didn’t forget about them and we’ll always love them because their such an important people for Shias and Islam.”

This year many students took part in the annual tradition of the Islamic Ahlul Bayt Association (IABA), a local mosque in Austin. The tradition, the Candlelight Vigil, is a program put on by the youth of the community, for the children and is a commemoration of Ashura. The event is organized by the IABA Youth Committee, the chair of which is McNeil 2018 alum Sabika Bharmal. As the commemoration of Muharram draws to a close, the students who took part in the event reflect on the night and its importance to them and their community.

“Candlelight Vigil is about involving the kids in this,” Bharmal said. “Often times while we’re commemorating this great event, we do it in a way that the younger children can’t get involved. It’s all about the speeches that the adults listen to, and the kids get very bored of this.”

The emcee introduced the theme of the night – unity – and how it would be expressed throughout the program. As the evening continued, these elements, primarily the different languages that the reciters spoke in, were highlighted.

“I think it’s an important message for our community,” Bharmal said. “We are a melting pot, we have people from so many different places and that’s one of the amazing things about the community. But recently people have been forgetting that, and I think it’s important that we remind them.”

Throughout the program, the tradition of the call and response was continued.

“When I say ‘Is there anyone to help the Imam,’ everyone respond back with ‘Labaik Ya Hussain [a statement used to show support for the Imam].’”

Throughout the program the call from the children of ‘Labaik Ya Hussain’ could often be heard breaking through the quiet night.

Another important factor and tradition of the vigil is the placing of the candles next to the tent. “Remember this candle is a promise,” the emcee reminded the audience. “And is a spark of hope. Now, the light from one candle may light up a portion of the night, but it’s pretty dark out and it will take all of our candles together, united, to really break through the darkness.”

Shortly after this statement, the children in the audience were guided up to place candles next to the tent in small groups.

The program went smoothly and was a successful event and contribution by the youth of the community to the commemoration of the event. In other places around the world, different types of commemorations are held, but all for the same purpose: to show support and love for Imam Hussain. One of the largest gatherings in the world, the Arbaeen Pilgrimage, is held annually, and is a march to Karbala. It takes place on the day of Arbaeen which marks 40 days after the 10th of Ashura. This year, the march took place on Oct. 30-31.

“The night of Ashura is very important to people who are Muslim and it holds a great factor of value in Islam,” sophomore Zahra Barati said. 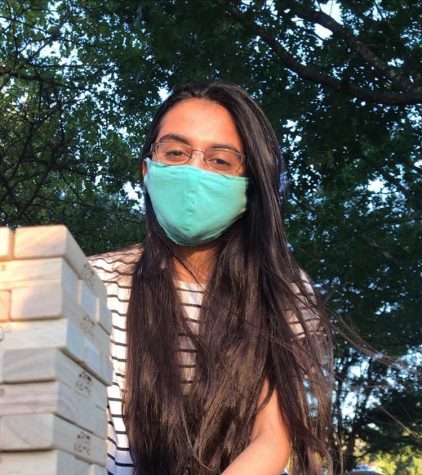 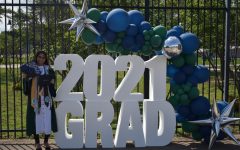 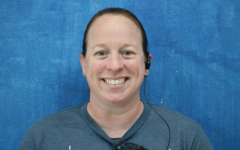 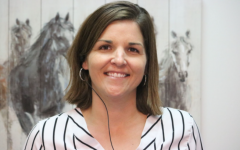 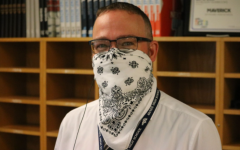 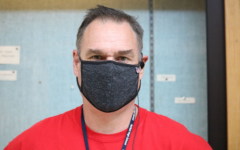