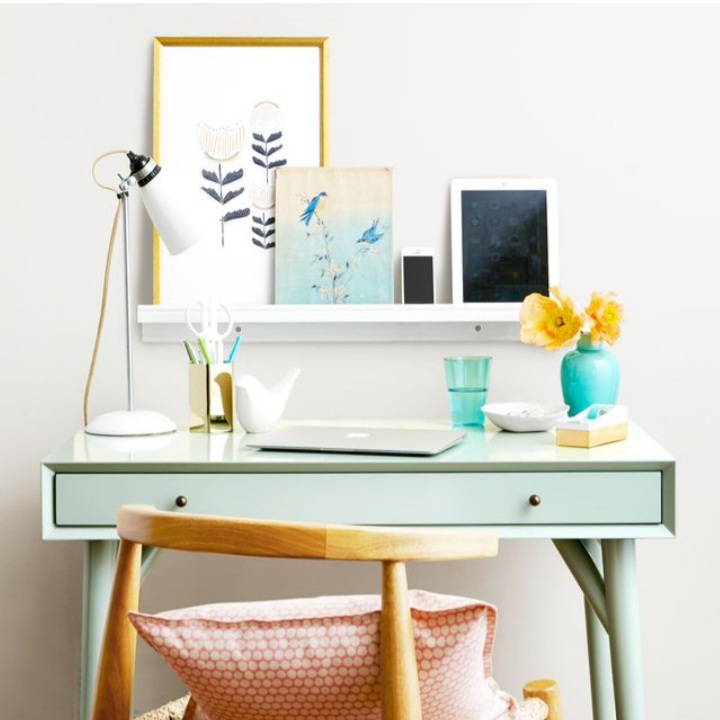 An example of a properly organized desk.

Now that online school  is in session due to the COVID-19 pandemic, students are having to constantly declutter and clean their work environment. However, this can sometimes be difficult because they’re working in the same place for several hours at a time and have to switch materials every class period. So, here are ten different ways to organize your workspace.

1.) Cups and containers: Pens, pencils, markers, highlighters and other writing utensils are used frequently when doing school work. Even though they’re essential, they’re  constantly misplaced or lost. Cups and containers are a perfect place to put these things to make them easily accessible.

2.) Agendas: Let’s be honest, at some point students are going to forget when assignments are due. Because of this, when going into class and realizing that yes, that assignment was due today occurs more often than you think. By using an agenda, this situation is avoidable. An agenda will allow you to keep track of assignments, test dates and projects in order to know when they’re due and to have a better idea of how much time you have left to do them. Not only that, but it’s pretty satisfying to cross-off duties once they’ve been completed.

4.) Color-coding sticky-notes based on classes: Sticky-notes are a great way to remind one about his or her duties or assignments that must be accomplished. However, using the same color for everything can cause confusion when trying to read what’s on them. Color-coding sticky-notes based on classes can help differentiate which tasks need to be done for each class period. Not to mention, having a variety of colors creates a nice and organized look in the workspace.

5.) Labeling wires: Wires of any kind are difficult to differentiate, especially if you have more than one. The common mistake of plugging or unplugging the incorrect wire from devices is annoying and takes up time trying to set it back into place. Labeling wires will allow the user to know which wire is supposed to go with which device. You can label them by cutting a thin strip of paper, writing a proper name for the wire, hot-gluing the ends together and wrapping the label around the wire. Typing the title is also another option for those who want their labels to  have a more professional look. Since paper is flimsy, laminating the thin strips of paper will make them last longer. It’s also best to use short titles for the labels in order for them to be easier to read. The fun part about these is that the customization options are endless. For example, using different colors, fonts and stickers, among other things.

6.) Discard or move items: After prolonged use, desks will eventually get cluttered due to the constant moving of school essentials and the completion of assignments. Anything that won’t or isn’t being used should be moved. Old homework, water bottles and sticky-notes should be thrown away or recycled once they’ve been finished. This will allow for the space to be decluttered, resulting in it looking nice and neat.

7.) Disinfecting and cleaning: Now that there’s a pandemic going on, cleaning and disinfecting any type of surface regularly is strongly recommended. This also applies to desks since they’re used regularly and people are near it. Another reason to clean your workspace is because of the dirt and dust that accumulates over time.

8.) Computer plastic stick-on pad: At times, the notes or reminders that have been written down disappear or get lost.  It’s also common to forget or procrastinate on the tasks that must be completed. The plastic stick-on pad will help resolve both problems. By attaching the stick-on pad to the side of a computer or monitor, sticky-notes can be placed there without running the risk of losing them. They’ll also be in sight when using the device, meaning you won’t forget to do the assignments or tasks. These pads can be bought on Amazon or at local retail stores like “Walmart” and “Target”.

9.) Place a trash can near the desk: Garbage will eventually find its way to desks and should be discarded in order for more space to be created. Having a nearby trash can is a good idea because trash can be thrown away quicker and it allows the workspace to be tidier. Not only that, but crumpled-up sticky notes will be disposed of properly.

10.) Placing a small table near the workspace: At times, the place we’re working in may be small or we just have a ton of stuff that occupy a lot of space, resulting in more space being needed. A solution for this problem would be to buy an extra table. This will create more room for school essentials. An unoccupied nightstand could also be another option instead of a table. Ideally, the table should be small, but it will depend on how much space the user has. 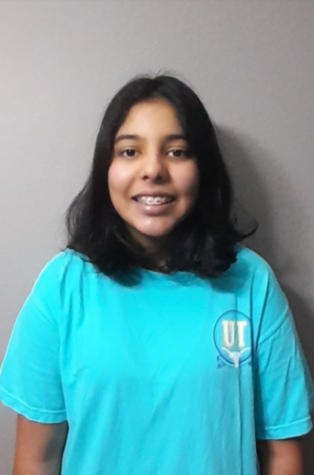 Hello, my name is Laura Rivera, I’m a sophomore, and a reporter for the Trailblazer. I have a passion for the subject of English and hope to become a...

One Response to “10 ways to organize your workspace”