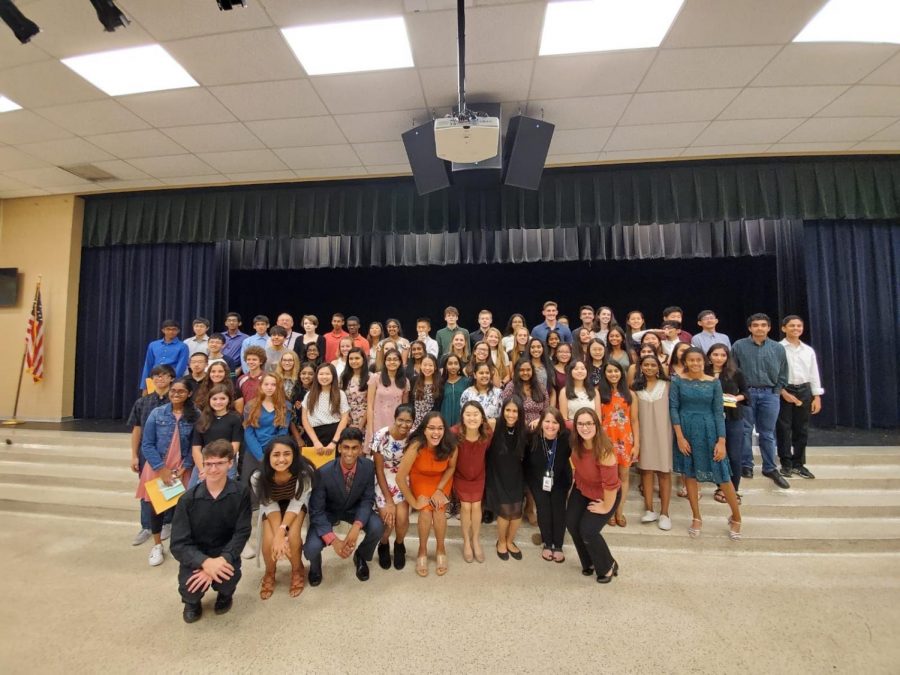 The inductees of Mu Alpha Theta group together after the induction ceremony!

The National Honor Society (NHS) and Mu Alpha Theta (MAT) held their induction ceremony on Tuesday, Oct. 22, at 7 p.m. in the Cafeteria. The inductees walked up to the stage and received a certificate.

“I was kind of nervous to go up to the stage, but I was excited at the same time,” junior NHS inductee Myra Stickney said. “I was proud to be an official member of this club.”

NHS was established in 1921 to create an organization that would foster academic achievement while developing other values to help society. The NHS inductees lit the candles and held them up, which represented the important values of NHS: scholarship, character, service and leadership.

“It was funny because the candle was melting so quickly, but I like how we were all united under the name of the NHS,” Stickney said.

Throughout the year, the members of NHS are expected to maintain and extend the qualities that won them selection. NHS will provide many volunteer opportunities, including holding a school-wide trivia contest and writing letters for kids at Texas Baptist Children’s Home.

“I’m excited to volunteer outside of the school and participate in school activities,” Stickney said.

“I joined this club because I like math and I like how they incorporated math into this club,” sophomore MAT inductee Akshaya Kannon said.

“I’m really excited for team math competitions where we get to work as an entire group and solve the problems together,” sophomore MAT inductee Stuti Mukherjee said. “I can’t wait for fun competitions like the math relay. Mu Alpha Theta is a great club for those who like math and enjoy math competitions.”

About the Contributors
Sowon Kang, Reporter

Hi! This is Sowon Kang and I am a sophomore reporter. This is my first year on the McNeil Trailblazer and I’m so excited to write interesting news and... 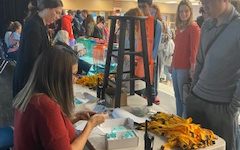