Car in the Student Parking Lot

When you get behind the wheel, keep in mind that you are in charge of a large steel
machine that weighs more than a ton. Too many people think that they can multitask while driving, and don’t think about the fact that they are risking their own lives as well as others.

I can’t tell you how many times I’ve seen people eating, putting on makeup, texting, and even flossing while trying to keep their eyes on the road. It makes me wish we all drove bumper cars so I could slam into them and make them drop their Big Macs.

You’re not as talented as you think you are, so please put down the mascara before you mow down someone’s mailbox.

Then there are those who forget the little lever to the left of the steering wheel, the one that lets other drivers know when you want to turn or change lanes and lets them react appropriately. Until the day when scientists create some sort of universal mind-reading device, these will be necessary to prevent accidents. I know when people cut me off without any warning, the only thing stopping me from rear-ending them is the fear of damaging my own car. Even if your turn signal lights burn out, any good samaritan can inform you of the hand signals to use as you drive to a mechanic to get them fixed.

Finally, for the Michael Phelps of bad drivers, the people who don’t follow basic traffic laws and regulations, the people who cut across four lanes of traffic, swerve into the wrong lane, and then start speeding: just pay attention. Life isn’t like Mario Kart; if you drive off of a road you won’t magically reappear a couple of seconds later.

Driving is not difficult if everyone pays attention that it demands and uses common sense; the world would be a much safer and nicer place if this were to happen. So the next time you’re running late and decide to throw caution to the wind, take a second to consider how late you will be if you crash into a tree because you were texting or someone hits you because you cut in front of them. Everyone else on the road will thank you. 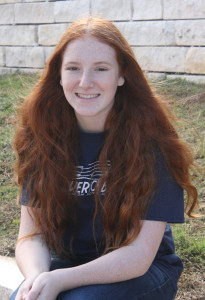 My name is Aleah Goldberg and I am a senior. This is my third year on newspaper staff, and I am very excited to be  Co-Editor-in-Chief this year. Outside...