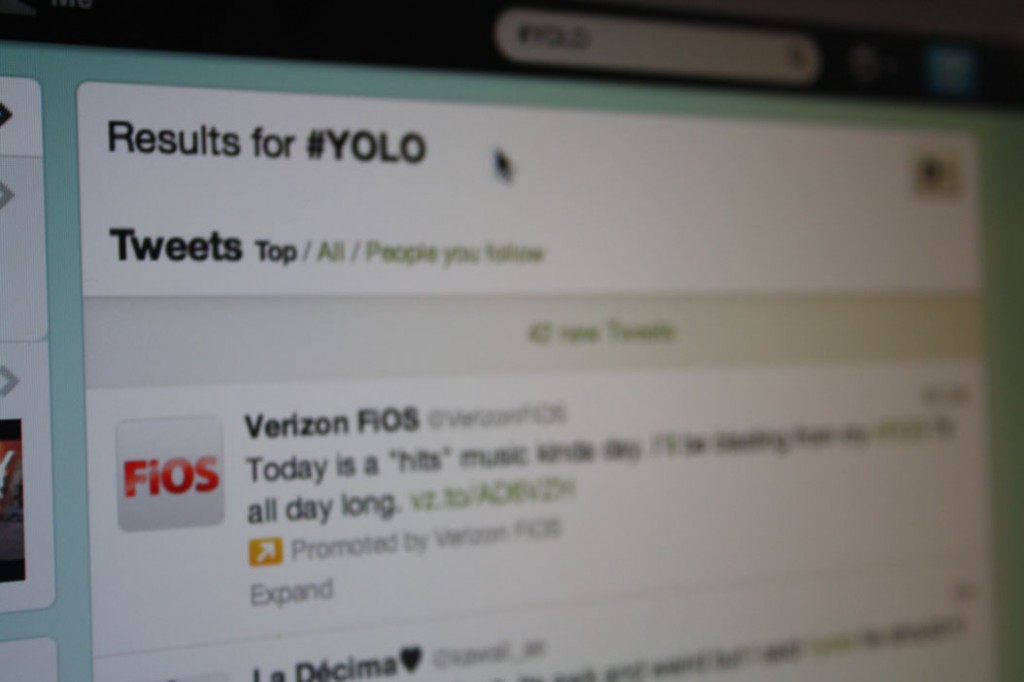 The term “YOLO” is often used as an excuse to do stupid things and has a bad connotation among most people. The acronym, which stands for “you only live once,” was first coined by recording artist Drake in his song “The Motto,” and quickly spread to social networking sites and started trending like crazy, especially on Twitter.

When I first figured out the meaning, I actually liked the idea and thought it sent a good message: To take chances and live life to the fullest. It seemed like a modern day carpe diem, a Latin phrase which means “seize the day.” This English version could inspire and motivate people to change their lives for the better.

It soon became clear, however, that it was not meant for trying new things and getting out of one’s comfort zone, but rather, a way to justify doing things that are not the smartest choices. It’s also more commonly used as a joke, and will often label things that aren’t very adventurous or interesting, such as “Had a ham sandwich today instead of turkey #yolo.” or “Did my homework in permanent marker, because yolo.”

While I didn’t expect anything profound from a song that also says “erryday” repeatedly, the obvious truth that we all only live once should be a reason to not do stupid things.

Maybe it’s just me, but aside from the times that I joke about YOLO, I sometimes actually use it the way it was intended. The context it’s usually used in and the way it originated is why everyone thinks it’s ridiculous. I would encourage those people to look past that and actually think of the meaning behind it. Instead of tweeting things like “About to jump off a cliff, yolo!,” use the idea of doing things because you only live once as a way to make your life better and not endanger it.

The acronym was really popular at the beginning of this year, but it’s somewhat faded away now. A lot of people are relieved, myself included. Everyone was sick and tired of hearing and reading it everywhere, and because of that, I don’t think it will be coming back in popularity anytime soon.

It’s a shame that one of the few slang words that had actual meaning was one of the most annoying.

If anything should be learned from the entire YOLO trend, it’s that life is short and should not be taken for granted. Everyone should take risks now and again that will lead to new memories and not regrets.