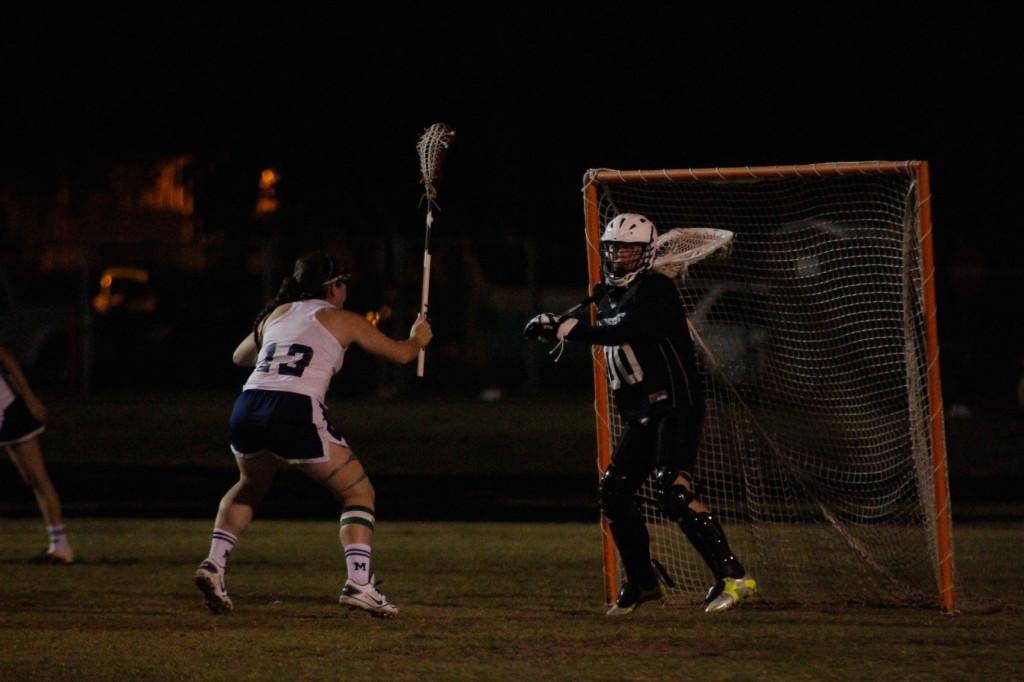 The Lady Mavericks winning their fourth game of the season against Vandegrift.

With a state ranking, the girls’ lacrosse started out its season on a major winning streak, and none of their wins were close calls either.

During their first game against Georgetown, the Lady Mavericks came out strong winning 17-2. They proved themselves again a week later during their 16-5 win against Austin High School. The final score for their last game against Stony Point was 12-1.

“The best part of the games is getting to play with the team,” senior Kailyn Elkins said. “As a captain, I help keep everyone on track and help the other players get better, too.”

It’s too soon to tell, but if the team keeps heading on the same track, they could end up competing in district playoffs in April.

“I’m really excited for the way things are going,” Elkins said. “This year is looking good.”

Their next game is March 21 against Vandergrift at Rouse High School at 7 pm.