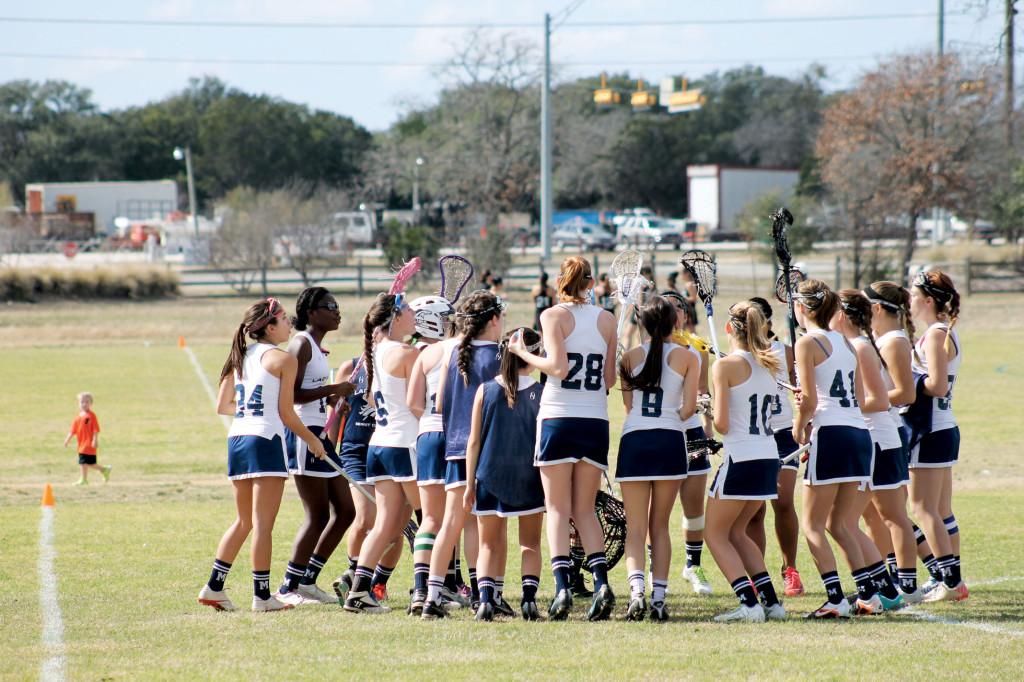 For the first time in school history, the Lady Mavericks lacrosse team made second place in the district and will be competing at the State Tournament in May.

They’ve had an almost undefeated season – with 10 wins and 1 loss – and are eager to continue their winning streak in their final games.
Among the numerous wins, many team goals, as well as personal goals, were met. Senior Bianca de Leon recounted one of her favorite highlights from this year.

“Our rival team is Georgetown High School. Before this year, we always lost to them,” de Leon said. “We played them twice. The first game, no big deal, we crushed them. The second time, we weren’t playing so well. At halftime we were losing 3-5. All of the parents and players were getting nervous because we didn’t want to lose. So second half comes and all of our players come out playing with such determination to get the win.”

That perseverance is what led to such great scores. When the girls played against St. Michaels, a school they had previously beaten, they just barely lost with a close score of 9-10.

In their game against Austin High, they won 14-3.

During Senior Night, they won against Stony Point 17-1, a great triumph for their last home game before playoffs.

They pushed through their last game against Georgetown and won 9-7, and returned to their normal domination during playoffs with a score of 14-1. Their excellent game at playoffs is what qualified them for state, and the team is excited as ever to compete.