Boys varsity basketball team played in the Georgetown four-day tournament beginning Nov. 29 falling to three of their four opponents from across the state.

“We learned a lot about how important it is to overcome adversity,” junior James Curtis said. “Things don’t always go our way, but the way we respond to these things defines us as a team.”

The first day of the tournament, the Mavericks took on Vandegrift Vipers and lost 41-65. On day two, McNeil lost 88-100 against Magnolia. As the tournament progressed, the boys battled Belton in a close 67-68 loss.

On the last day of the tournament, McNeil won a decisive 69-51 match-up over A&M Consolidated, improving their season record to 3-7.

“Although we may not have won as many games as we had hoped, we still got the opportunity to bond as a team,” junior Hunter Nguyen said. “We discovered a lot about ourselves; it was a good learning experience.” 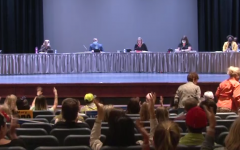 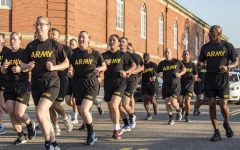