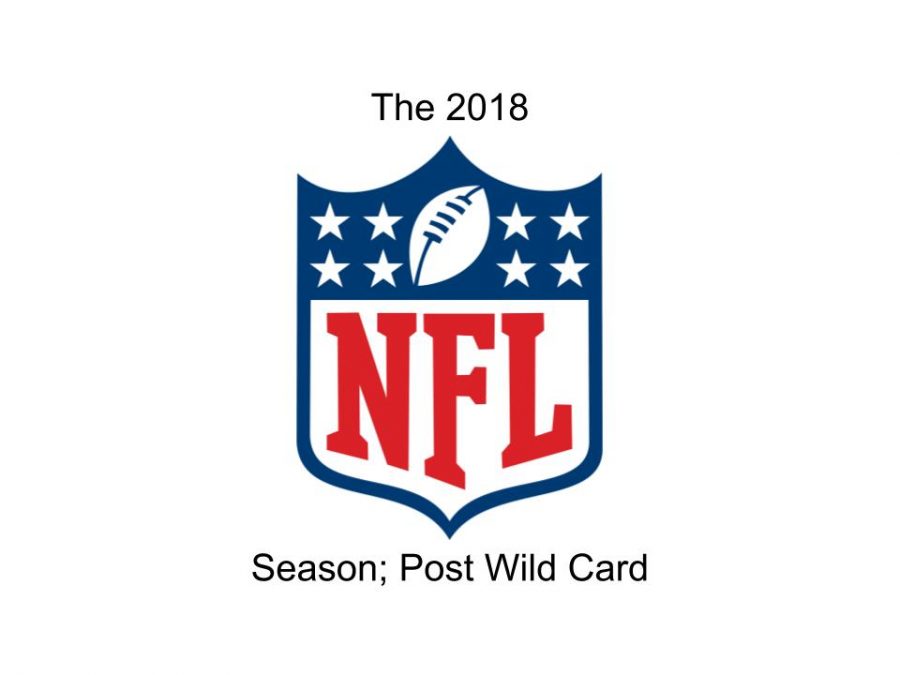 Teams are seeded based on regular season finish. Six teams from each conference play to determine the Conference Champion of whom will match with the other Conferences Champion in the Super Bowl. The team with the best record earns the first seed, second best earns second, and so forth.

Update: Results of Divisional Round

With the Divisional Games now over as well, I will quickly tell you the scores and who will face who in the Championship games.

Black Monday is the day after the regular season of the NFL ends in which coaches and staff from teams that don’t do to hot in the season are fired or resign from their respective positions.

What happened with some of these teams?

Baltimore Ravens (10-7) Honestly, I didn’t even see – for a second – Baltimore making the playoffs. But then came star-studded saint Lamar Jackson, who replaced injured Joe Flacco at QB and propelled the Ravens to a heck of a season finish. However, a fumble cost them the Wild Card win. However, on a bright side for all Ravens fans: it would appear as Flacco won’t be returning as the starter next season.

Chicago Bears (12-5) I was at work when Chi was playing the Eagles in the Wild Card round. And if y’all haven’t already guessed, I’m a huge Bears fan. I checked the score throughout the game and streamed the final part of it. I’m not sure what I said when that double-doink happened, but it wasn’t pretty. I don’t blame Cody Parkey (the Bears kicker) at all for that field goal miss, that could have won us the game. Doug Pederson (Eagles head coach) iced Parkey at the last second. And on top of that, an Eagles defensive lineman got a fingertip on the ball causing it to veer left. The Bears had a heck of a turnaround from last season’s 5-11 campaign that saw Head Coach John Fox fired and the Bears miss the playoffs for the seventh straight season. The experts predicted 6-10 for the rebuilding Bears, and we doubled that. We won NFC North and shocked the league with the progress the young team made. But at the end of the day, it still stinks. The Bears season is over and I have to wait until August to see them play again.

Seattle Seahawks (10-7) & Dallas Cowboys (11-6) The Seahawks were a team that really didn’t know what they were doing this season and, honestly, didn’t deserve to be in the playoffs. Similar to the Cowboys situation, their head coach, who should have been fired the previous season, got an extension because the team barely managed to make the playoffs. The Hawks are only in because (aside from the Rams) their division is very weak and they were matched with equally weak opponents. Jeez the Cowboys and Seahawks are practically the same team. The Hawks were eliminated by that very team, by a close score of 22-24 in the Wild Card and allowed America’s Team to advance to LA to face the second seeded Rams. The Cowboys have a chance to beat LA but they need to play in the way they played the Saints: all defense. The Bears exposed the Rams in the regular season by showing that they stand no chance against a powerful defense, and if the Boys play the way they played in the Saints game, a rematch of those two teams in the NFC Championship could very well happen.

Houston Texans (11-6) Houston started the season 0-3, won 9 straight, then finished with a sloppy 2-2 record in the last four. They went into the playoffs as the third seed with an 11-5 record. This team was all over the place this season. In week three, they looked like the 2017 Browns. In week 13 they looked the ‘07 Patriots. And they looked like 2017 Texans (who went 4-12) in the last four weeks. They upheld my suspicions and got beat by their Division rival, the Indianapolis Colts, in the Wild Card. I’m not really sure what to say about this team. So let’s just leave it at they got bested. I feel for this team who have had the past couple seasons pretty rough. Just promise one thing for me Texans: don’t waste DeShaun Watson’s career.

With the Super Bowl almost here, the season is almost over. I’ll be back after the Super Bowl, but that’ll be the end of this series for now. Be on the lookout for that story in the week following the championship game. 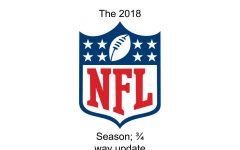