The XFL’s second stint, and what it can do so it won’t fail this time 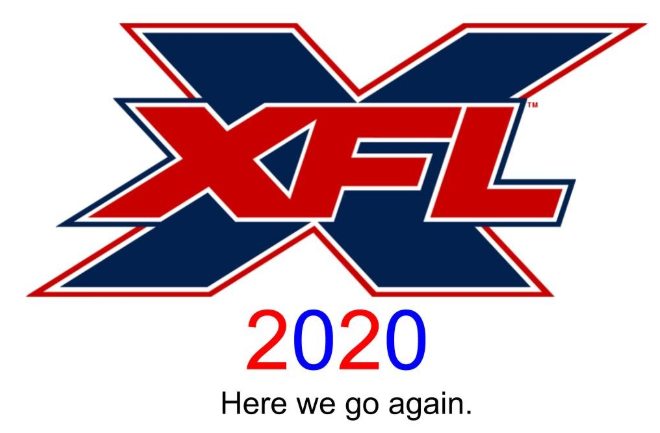 As we come nearer to the end of the 2019-20 National Football League (NFL) Season, a new Springtime football league will be starting up. The XFL (In which the “X” stands for nothing), will attempt to be an alternate football experience to the NFL. But this isn’t the first time the XFL has attempted to be a thing. In 2001, the original XFL was created. However, despite a strong start, the original league would face many problems and fold (cease operations) following one season. Now, in 2020, 19 years after the original league’s blunders, the new XFL will attempt to be the first “true” competitor to NFL football. Let’s go over why the original league failed, and what the new league can do to avoid the failure of the 2001 XFL.

Why the old league failed

To say there were numerous reasons the old XFL failed would be an understatement. Some of the things, the league itself had no control over. So let’s go over the major ones.

What the new league can do to stay afloat

The XFL isn’t the first league to play during the spring months. There have been multiple other leagues that have also met the same fate as the original league did in 2001. Most recently, it was the Alliance of American Football (AAF), and the XFL can also learn from the AAF’s, who didn’t even complete an entire season- failures.

So these feeder leagues do work, and they have for a long time. All the XFL needs to           do is get a contract with the NFL to be the official feeder league. However, that’s easier said than done. The NFL has been around for 100 years, and they’ve never had an official feeder league. The AAF last year had built themselves around being a feeder league to the NFL, unlike all the other failed Spring Football Leagues. For this reason, the AAF maintained good ratings and had a solid start to their season. Despite this, they still failed, which brings us to the second thing the new XFL can do to survive.

Other than that, the XFL simply needs to keep good attendance figures up and appeal to the fans. The new XFL is completely different from the original XFL. According to an ESPN.com article, the new XFL will be ‘gimmick free.’ So with just a few days now until the new XFL kicks off its 2020 season, we shall see if the league will live to be an NFL feeder league, a new pro-football experience or if it will meet the same fate that so many spring football leagues have met.