America’s Big Game is televised in 180 countries and in nearly 25 languages. The Super

Bowl has become one of the most watched sporting events in the world and is a staple of American culture. 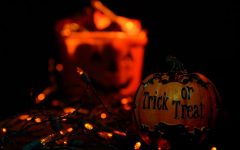 A Trip Through Time - Halloween

It was all started in 1960 by 27 year old Dallas businessman Lamar Hunt. He had a dream to own his own NFL franchise, but after multiple attempts, Hunt was denied. He decided to devise a plan to gather a group of wealthy businessman all with the same dream. They were going to create their own rival pro football league known as the American Football League (AFL). For the first time the NFL actually had legitimate competition. In turn, the impact Hunt and the AFL had on the industry was so big that in 1966 the two leagues decided to merge. This is where the agreement to hold an annual game between each league’s champion team was made, giving the Super Bowl its first players, the Green Bay Packers and the Kansas City Chiefs.

The hype of the first Super Bowl did not reach what we see today, as it was the only

Super Bowl in history to not sell out. The game was held at the Los Angeles Coliseum and tickets went for the very low price of just $6. The event drew in 65 million television viewers, which was the largest amount for a sporting event at that time. From then on the Super Bowl took off.

Originally, the name of the game was The AFL-NFL World Championship Game, but it

was a mouthful. So, Hunt jokingly pitched the name Super Bowl, but that didn’t stick until media began to fall in love with it. Three seasons later the title of the game was officially changed.

The Super Bowl halftime show hasn’t always been the big performance it is today. In its

earlier years, the field would be filled with marching bands from a local high school or college. It wasn’t until 1991 that the halftime show became the spectacle it is now. Popular musicians such as Prince, Michael Jackson, Lady Gaga, Paul McCartney and Beyonce all began to take the stage. Many viewers now tune in to the game solely to watch the 30 minute musical entertainment.

America all watching the same broadcast, not caring about who’s going to win or what happens.

About the Writer
Damaria Shezbie, Reporter 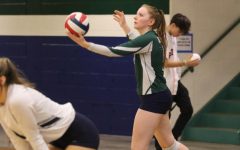