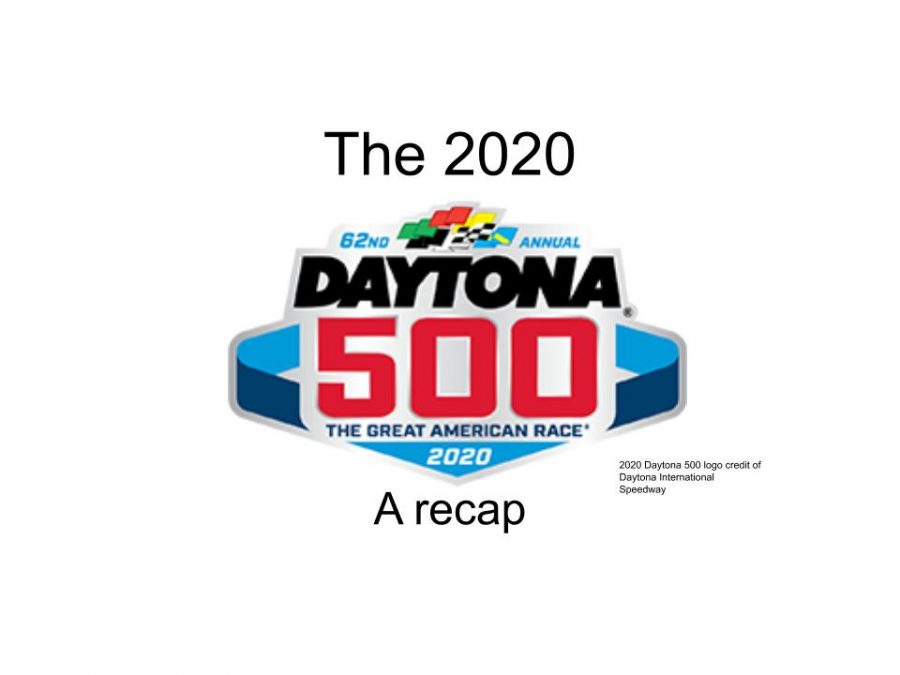 Daytona 500 and what happened

The 2020 NASCAR (National Association for Stock Car Auto Racing) Season started off with a bang this past weekend as they ran their biggest race in their first week. The Daytona 500, a 500 mile, 200 lap race hosted in Daytona, Fla., is widely regarded as NASCAR’s biggest race of the season. Dubbed the “Super Bowl of Auto-Racing,” it was eventful, featuring an appearance by President Donald Trump, as well as several huge wrecks.

The race was scheduled to start at 12 p.m. CST on Sunday, Feb. 16. President Donald Trump was chosen as the Honorary Grand Marshall of the race, giving the command “Drivers, start your engines!” The presidential limousine then did a pace lap with all the racers. After Trump left the track, the cars did a few more pace laps before the official start. But on the final pace lap before the start, rain was confirmed in turn three of the track, and all the cars were brought to pit road, delaying the start. After drying the track, the race finally started about 45 minutes later. However, after just 20 laps of racing, rain again began falling at the track. After another delay, NASCAR officials decided to postpone the race to the following day at 3 p.m. CST.

On Monday, clear weather allowed the race to start on time at 3 p.m. The race picked up where it left off at lap 20 (as a rain delay is just considered a stop in the race), and from laps 20 to 184 it was uneventful. Chase Eliott won stage one and Denny Hamlin won stage two. There were a few spins and dual car accidents, but the real wrecks began happening at lap 185/200. On lap 185, a wreck, triggered by Joey Lagono and Brad Keslowski, happened involving more than 20 cars. However, the massive pileup was widely overshadowed by a fiery crash on the last lap of the race.

Following the restart from a caution in overtime, Denny Hamlin, the winner of last season’s Daytona 500, was leading the race. As the cars entered into turn three coming off the backstretch, Driver Ryan Blaney managed to push fellow Driver Ryan Newman into the first place position, leaving Hamlin in third. Newman gained a slight lead on the two aforementioned, and Blaney attempted to block Hamlin to give Newman the win. As the drivers came off turn four, Blaney was still blocking Hamlin, but the two caught up to Newman as they entered into the front straightaway. As they entered, a bump from Hamlin nearly caused Blanney to lose control of his car as Blaney shot down to the inside. Newman simultaneously went inside as well in an effort to block Blaney. Just as the three drivers entered into the tri-oval, Blaney bumped Newman on his rear left, causing him to spin sideways and hit the outside wall head first. The force of the hit caused Newman to flip onto his roof. As Newman skidded down the track on his roof, his car turned so his driver’s side was facing the rest of the cars behind him. Meanwhile, Hamlin crossed the finish line first, claiming his second Daytona 500 Victory in a row, and his third in five years. Behind Hamin, fellow driver Corey LaJoie then struck the drivers side of Newman’s upside down car at nearly 200 miles an hour. This sent Newman’s car flipping over a second time, again landing on his roof. He skidded across the finish line in 9th place, and his car came to a rest at the end of the pit road.

Watching that accident happen live on TV was a scary moment. My family and I went silent, as we all had expected the worse at that point. Twitter exploded with the hashtags #PrayForNewman as the NASCAR world was all praying. One thing that showed many that the worst may have happened was the lack of urgency from safety crews following the wreck. There was no rush to pull Newman from the car at that point. Meanwhile, Hamlin, celebrating his victory, did burnouts in the infield in front of all the fans, sparking more than a few boos from the crowd of 100,000+. Hamlin, however, would only find out about how severe the crash really was when he got to victory lane. Newman was extracted from his car a few minutes later and immediately rushed to a local hospital. The first bit of good news arrived late Monday night, as NASCAR and Roush Fenway Racing (the team that owns Newman’s car) announced that Newman was alive, and had serious yet non-life-threatening injuries.

Many fans were relieved even further the Wednesday morning following the race, as NASCAR announced that Newman was released from the hospital. Fans credit the improvement in safety of cars following the death of driver Dale Earnheardt at the same Daytona Track. The additions of Safer-Barrier, the HANS Device and the strengthened roll cage are all said to have played a major part in saving Newman’s life. Whether Newman will be at NASCAR’s Auto Club 400 race on March 1 in Fontana, Calif. is still a question to be answered. Newman did not race at the Pennzoil 400 in Las Vegas the weekend following the Daytona 500. But as of now, Newman is alive and well, and Denny Hamlin took the victory that was overshadowed by Newman’s scary crash. 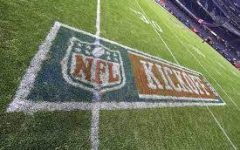