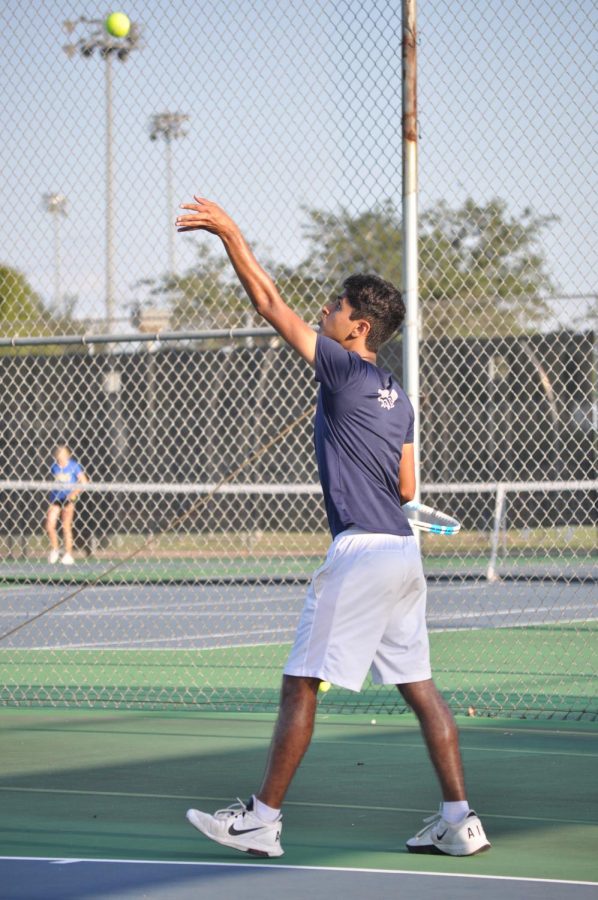 Senior Anuj Nigam practices for tennis season. Tennis has both a fall and spring season.

As fall sports return to competition, spring sports are beginning off-season activity. There’s a common theme between athletics, regardless of which season they compete: restrictions of practice time, social distancing when possible, masks on and daily COVID-19 screenings on the Rank One app used to monitor symptoms. Still, each sport has had their own frustrations and victories.

As always, tennis trains for the spring season by competing during the fall. However, this year, Maverick Tennis was supposed to start the first day of practice on the week of July 27, until the Williamson County Health Department and Texas UIL (University Interscholastic League, or governing body of high school sports) stepped in. All tennis activities were restricted until students returned to in person learning.  In addition, the team had planned an overnight trip to play in a tournament in Dallas, but it was cancelled due to UIL restrictions. The UIL still hasn’t made any decisions about the spring season.

“So far, I can sum it up in two words: disappointed and frustrated,” head coach Trey Bush said.

Meanwhile, Girl’s lacrosse played several scrimmage games against local teams to get back into the swing of things. Track and field have been logging runs on the Strava app and distance runners are also competing in their Cross Country season. Basketball is practicing during their class period and lifts weights before school starts.

Softball, however, isn’t allowed to be in the weight room, but they are planning to maximize their practice time after the start of UIL sanctioned practice on Oct. 19. Baseball has also not started practice.

Soccer is practicing five times a week and is working on technical ability, conditioning, and strength training.

“We have moved our weight-lifting sessions outdoors and are following COVID guidelines, so things are a little different this year,” girl’s soccer head coach Mark Hinshaw said. 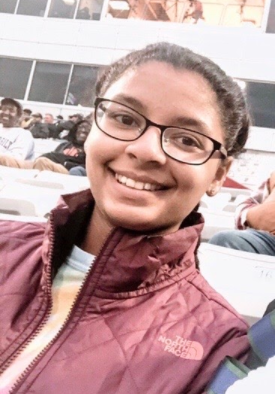 Hey! I’m Shreya and a sophomore as well as the social media manager. This is my first year on staff and I am also on the McNeil track and debate teams....