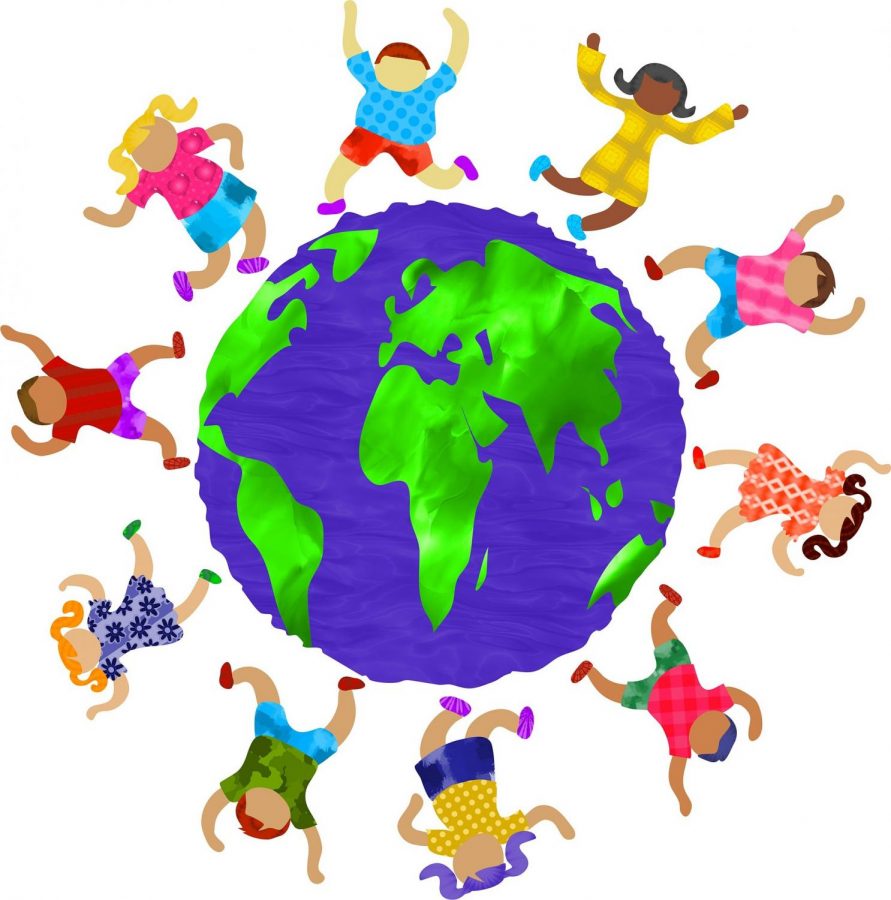 For those who struggle with the english, English as a Second Language Services (ESL) is provided to assist students with a more in depth and elaborate understanding of the language.

The program also consists of classes that introduce american culture to newcomers, they also participate in activities so they can experience the traditions of an american lifestyle, especially during the holiday seasons.

Among these newcomers, Sophomore Tsai-Chen Lo (Phoebe) originally from Taipei, Taiwan came along with her twin sister Tsai-Hi Lo (Selena), who also happens to be a maverick.  Lo currently lives with relatives while her parents still reside in Taiwan. She used to attend an all girls boarding school in Taipei, even though she has been here for three months, this is not the first time experiencing the American lifestyle, since she lived in Boston, Massachusetts throughout second grade.

‘’People here are friendly, and I was surprised on how much young girls dress so mature.’’ Lo said. ‘’I enjoy the english language because it’s easier than Chinese but I’m very self-conscious about my grammar, and of course I prefer Chinese it’s my first language.’’

Sophomore Nathalia Machado has come from Rio de Janeiro, Brazil along with her father who received a promotion and an opportunity to work in the US.

‘’I am amazed at how school here is easier and less critical, and how it’s so secure here compared to Brazil.’’ Machado said. ‘’Americans are very nice people, I just don’t enjoy the food as much because it’s too spicy.’’

Freshman Sillabulah Karimullah came with his family from troubled Khost, Afghanistan to the US. in search for peace.

“We came to the US to get away from all the religious war and fighting in Afghanistan,” Karimullah said.

Although Karimullah described Afghanistan as a very distinct nation compared to the US he says the school system is very similar.

“I used to go to an all boys school, and the schedule was very similar to the American, even though Afghanistan has lots of conflicts schools were safe and had securities,” Karimullah said. ‘’I enjoy that the U.S. has a beautiful education system and lots of opportunities.’’