Abercrombie and Fitch: Too Little Too Late

Over the past couple of weeks, there have been a lot of articles about the slow downfall of used-to-be retail giant Abercrombie and Fitch. A short four to five years ago, Abercrombie was all the rage; rarely could you walk down a school hallway or through the mall without seeing someone wearing the familiar A&F logo. Now I only see an occasional hoodie with their label, and instead of the cool association that it used to come with, it might as well say “Target” on it. The company has been stumped as to why their stock is falling, why they’re losing customers, and why no one is buying into their theme of exclusion anymore. Their small target audience has finally moved on along with everyone else, and the era of sulky models and mediocre clothing has ended for the time being.

Personally, I don’t understand why the CEO of Abercrombie doesn’t get why their clothes are no longer trendy. Has he never been in a Forever 21 or H&M? Has he not seen other clothing ads in the past couple of years? Did he not hear the song “Thrift Shop” being played 30 times a day in the past several months? The days of conformity have come and gone, and now it’s much more impressive to have a personal, unique style. It’s not enough anymore to stitch the outline of a moose or a bird on a plain T-shirt and call it a day, people want more than a high price and fashionable brand name.

However, their gameplan to win back customers is not to change their style, but to increase their sizes. Abercrombie has taken a lot of heat for gearing their clothes towards “popular” kids, and their prices and small sizes see to it that no one who is deemed “not cool” can wear their clothing. Is that small change supposed to get people racing back to their stores? Some people are praising them for starting to carry plus-size clothing, when really they should have offered more variety from the beginning. The worst part is that there hasn’t been any kind of apology or change in attitude, every statement about increasing their sizes has been about making more profit, instead of being about including more people.

I hope for Abercrombie’s sake that they have a major change in perspective and merchandise, they’ve been around for over a hundred years and they have the ability to be open for a hundred more. Maybe in the future their models will actually wear clothes, and their outfits will be things that people want and that anyone can buy. Once they begin to listen to customers, include people of all kinds, and maybe become friendlier in general, they should have no problem making the comeback that they want. 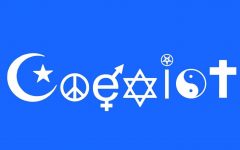 Abercrombie and Fitch: Too Little Too Late