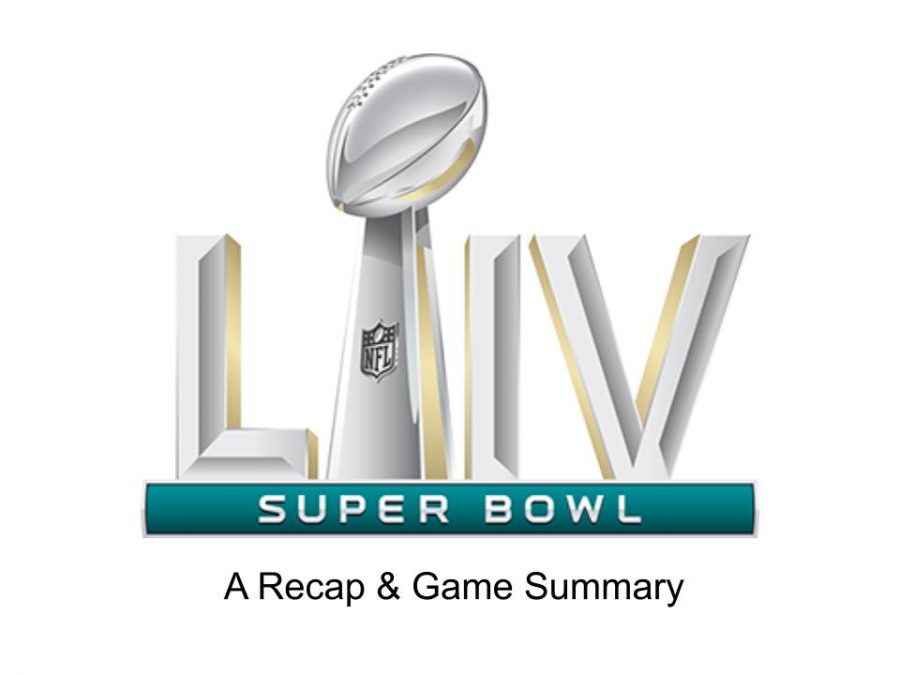 Super Bowl 54- A game between the San Francisco 49ers and the Kansas City Chiefs that resulted in the victory by the Chiefs.

The End of a Millenium
Super Bowl LIV- a recap

Monday, Feb 3- The National Football League’s (NFL) 100th season came to end last night with the conclusion of Super Bowl LIV (54). The Kansas City Chiefs walked away with their second Super Bowl win in franchise history. They defeated the San Francisco 49ers 31-20 in a match in which the Chiefs were favored by 1.5 points,* according to Action Network. The win was eventful, because KC came back from being down 20-10, scoring 21 unanswered points (3 touchdowns) in just over 5 minutes to win 31-20. A few of the calls in the game by the referee team were more than questionable, including the second of the three touchdowns scored during the Chiefs Rally back deep in the fourth quarter. On 3rd down and goal, from the 49ers on the 5 yard line, Chiefs Quarterback Patrick Mahomes threw a pass to Chiefs Running Back Damien Williams. The referee at the goal line initially ruled the catch a touchdown. However, further review ruled that the ball may have not broken the goal line (thus, not a touchdown). Unfortunately, there was no clear or direct view of the goal line, therefore there was no probable cause to overturn the play and it resulted in a touchdown. Regardless of whether or not the ball did break the goal line, it was close. Not just by inches, but by centimeters.

This year’s Super Bowl was very eventful, and featured one of those comeback victories that every NFL game wishes it could have. The 49ers won the coin toss and elected to receive the kickoff at the start of the second half, allowing Kansas City to start with the ball. KC, however, would not make a first down on their opening drive, going three-and-out and punting to the 49ers. The niners drove down the field, yet fell short of a touchdown. Kicker Robbie Gould made a 38 yard field goal, making the score 3-0. Kansas City struck next, scoring a touchdown on a 1 yard Patrick Mahomes run. With kicker Harrison Butker’s extra point, the score becomes 7-3 Chiefs. In the second quarter, Butker and the Chiefs struck again with a 31 yard field goal, making the score 10-3. 49ers quarterback Jimmy Garoppolo then made his only touchdown pass of the game. He met 49ers fullback Kyle Juszczyk for a 15 yard touchdown, which became known as “the fullback dive.” After Gould’s extra point, the score was tied up at 10 going into halftime. The halftime show, headed by Jennifer Lopez and Shakira, was also a center for debate. Due to the risque performance, it was labeled both empowering and objectifying by USA Today. Going into the second half, it appeared to many as if it would be the 49ers all the way. The niners would score first in the third quarter, on Gould’s second and final field goal, this time from 42 yards. The score was now 13-10. The niners would again be the next score, on a one yard touchdown run from SF running back Raheem Mostert. With Gould’s last extra point of the game, and the last points to be scored by SF in this Super Bowl, SF would take a commanding 20-10 lead late in the third quarter.

That’s when things took a turn.

It all started when Chiefs QB Patrick Mahomes slightly overthrew a pass to KC wide receiver Tyreek Hill. Free safety Tarvarius Moore of SF would intercept the pass. It appeared as if it was game over for KC, as, at this point, they were down 10 points with a little over 12 minutes left in the game. However, it would be the last laugh for the 49ers, as this was the time where the Chiefs decided to play. The Chiefs defense held the Niners to three straight incompletions forcing a punt with a little over nine minutes left. Mahomes drove his team down the field and connected with tight end Travis Kelce for a one yard touchdown catch. Butker’s extra point kick made the score 17-20, niners. After another three-and-out for the niners, the Chiefs got the ball back and again drove down the field for a score. A pass to Chiefs Runningback Damien Williams, and another Butker XP kick, put the Cheifs up for the first time since Q1. Score 24-20, Chiefs. Williams would be the eighth different player that day to record points. On a last ditch effort, the Niners attempted to score again, and they made some progress. They managed to get the ball to the KC 49 yard line, but Garoppolo was sacked on fourth down, allowing the Chiefs to again get the ball back. With little over a minute left in the game, Williams would shoot off for a 38 yard touchdown run, and with another Butker XP, the score was 31-20. Williams was the only player (aside from the QBs and kickers) to record more than one score this Super Bowl. The 49ers had one more chance to get the lead back, but Garoppolo threw an interception to KC Cornerback Kendall Fuller with less than a minute left. This allowed KC to run out the clock and seal their second Super Bowl win. The win came 54 years after the Chiefs lost Super Bowl I (one) to the Green Bay Packers, and 50 years after the Chiefs upset the heavily favored Minnesota Vikings in Super Bowl IV (four) for their first win. The Chiefs, for the time being, are world champions of football, and we shall see if they can keep it that way next season.

*- In the world of sports betting, a team will more often than not be favored to win by a half-point in order to defer tie breakers.