The first semester saw them learning and brainstorming and preparing.

The second semester a business was born.

Launched Jan. 23, StickED became the school’s first student-run company that sells stickers to students and staff and everyone in between.

Its four co-founders – Hailey Craven, Ellese Garcia, Ivy Lee, and Sarah Lee – came together with their Entrepreneurship class in partnership with Junior Achievement to create a business that CEO Sarah Lee describes “would suit the customer’s needs and desires.”

Since the start-up went public, major clubs such as DECA, HOSA, and NHS have put in bulk orders for stickers that allow members and sponsors to show off their club pride on everything and anything.

“Like a letterman, you can wear [stickers] all year,” Sarah Lee said.

Decal stickers that represent athletic and activity teams can be found at www.mcneilcheer.com.

The idea for the business’s product first came from Garcia who saw an opportunity for school and club spirit to be better represented in a form that can easily be peeled off to make a statement.

But for there to be an idea, there must be a goal.

Starting last year, Entrepreneurship, led by Career and Technology educator Vera Cruz, became a full year class of a mix of juniors and seniors that would allow students to become a part of history.

“I had worked very hard to bring [the idea to have a student business] to McNeil,” Cruz said.

Once the idea was approved by Principal Courtney Acosta, Cruz set out to recruit students who would be the perfect fit for the role of bringing a business to life.

“I knew that we would be launching – that’s part of the whole reason why I joined this class,” CMO Ivy Lee said.

Ivy Lee has now chosen to major in business when she goes to college in the fall.

Once a team was assembled, from August to December, the class worked to gain the necessary skills needed to run a company. Then, once the foundations of StickED were laid, it was onto promotion and marketing.

After a slow period during winter break, the company was finally ready for the world.

Since the launch, the team in A110 has been busy with incoming orders, preparing for delivery via their vendor in Canada, and continuing to reach out to their customers.

One thing that remained clear about StickED when talking to its officers is how much the team cares about working with its members and making sure its customers are treated with that same attitude.

“[The easiest part is] enthusiasm for the company,” Sarah Lee said. “We are excited about the stickers we can bring to the students.” 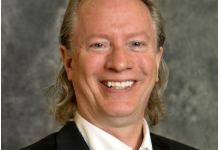