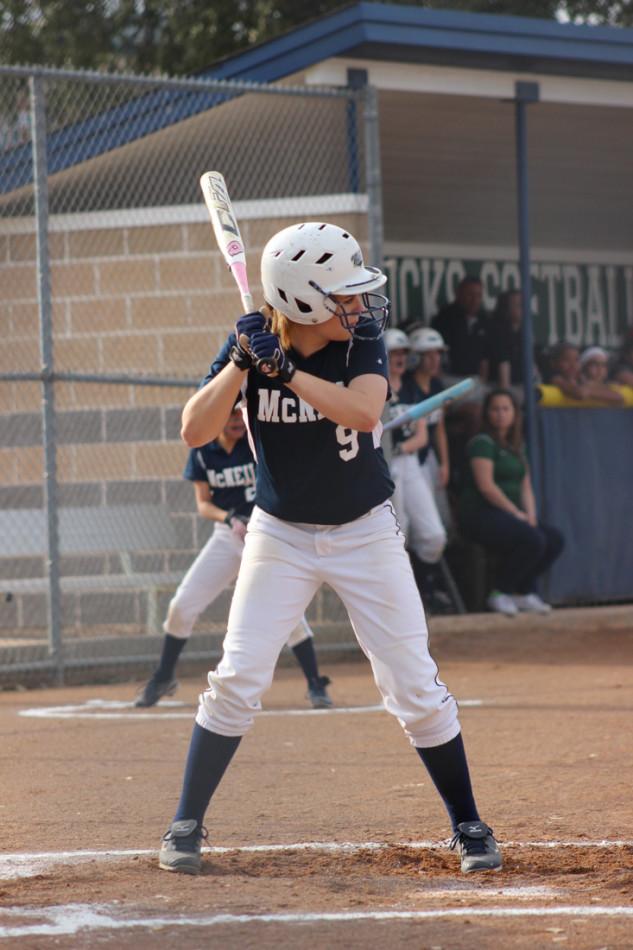 The 2014 softball season is winding down, and with only one week left, the Lady Mavs are looking to just enjoy the rest of the season. They have had a rough year in terms of wins, but it was also a good learning experience.

“The season is almost over and we didn’t have a winning record, but it was a lot of fun,” senior Annabel Airey said. “We really want to end the season feeling good and having fun with those of us who won’t be here next year.”

On March 28, the Lady Mavs played Stony Point and lost with a score of 0-9. Their early April games were also losses, 4-7 against Westwood and 3-16 against Pflugerville.

Despite the numbers on the scoreboard, the team remains fairly positive.

“It was awesome being a senior this year because we got to lead the team and have a say in stuff that we didn’t get to in earlier years,” Airey said. “I’m going to miss everyone, especially my little sisters, but it’s been super fun.”